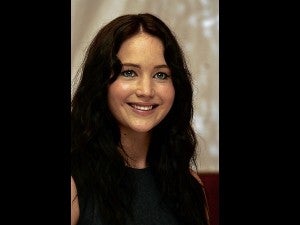 JENNIFER Lawrence: Stand up for myself. Photo by Ruben Nepales

LOS ANGELES—Stars from Jennifer Lawrence to Russell Crowe shared with us their thoughts on making New Year’s resolutions and how they will be celebrating New Year’s Eve. Readers, may 2013 be a joyful year for you!

Anthony Hopkins: “Thirty-first of December is my birthday (he is turning 75). My wife (Stella Arroyave) and I are going away to celebrate that. My 70th birthday was in South Wales where I was born. We’re going away this year—just the four or five of us, including my adopted niece and Michael Wincott, who plays Ed Gein (in ‘Hitchcock’), a wonderful actor. He’s become a friend and we’re taking him with us, and another friend.”

Jennifer Lawrence: “One of the biggest things that I’ve tried to work on—it was my New Year’s resolution that I still haven’t held up on—is standing up for myself. Nobody wants to be disliked. You always want to be polite and nice. I’ve tried to find a balance between saying what you mean and what you want while still being nice. I can’t do that. I end up allowing myself to get walked all over sometimes. Then I end up resenting and, like Tiffany (her character in ‘Silver Linings Playbook’) says,  ‘end up feeling empty.’ I think everybody does that because it’s kind of a natural thing to just want other people to be happy. Then you forget about what you want. Or just put it on the backburner and, later, you feel empty.”

Russell Crowe: “I don’t think I’ve ever made a New Year’s resolution in my life. I make resolutions when I need to make them on any given day. I don’t wait for a year to go by.” 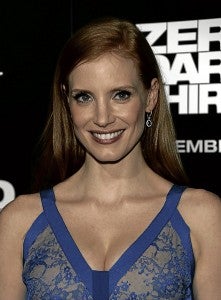 Matt Damon: “My resolutions tend to be more about just thinking about my wife and the kids and just trying to do a better job on the home front. They tend to not be so specific. I gave up smoking a long time ago. I work hard. I don’t really have too many bad habits yet that I can give up. Whatever I have left, I don’t want to give it up. So it’s more about making sure that I’m a good person around the house.”

Jessica Chastain: “I used to be the best at making New Year’s resolutions. Now, I think my life has become a dream. I don’t even know what I would say. I feel that to even wish for anything else is a bit greedy. So… I’ve got to make it happen, maybe things like, this coming year I might try to spend more time with my family and friends. The past two years I’ve been removed from them a little bit. That would be a strong New Year’s resolution. I don’t have a show (‘The Heiress’ on Broadway) on New Year’s Eve so I don’t know yet what to do. I hope to be invited maybe to Times Square, because I hear that if you get invited, it’s a fun thing.”

Jessica Biel: “I will be making the same New Year’s resolution which is the same that I make every year—to learn a second language and speak it fluently. I was learning French all through middle school and high school. I think I could get close if I lived in France for a few months and get immersed.”

Hugh Jackman: “Because I’m older than 30, I’ve finally worked out that New Year’s Eve is usually the most disappointing party night of the  year. I made that mistake from, let’s say, 15 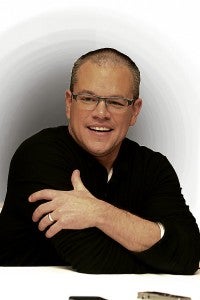 MATT Damon: Be a good person at home Photo by Ruben Nepales

to 30 years old. I expected it to be the best night of the year. Now, it’s relatively quiet with usually just my family and maybe some friends. That’s now my favorite way to do it. New Year’s resolutions don’t stick. I usually don’t bother with them. But New Year’s Eve is a good time to reflect. I think this movie (‘Les Miserables’) is coming out at the perfect time because it’s a good time to reflect about what’s important in life and the people who matter most.”