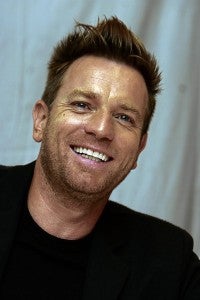 LOS ANGELES—Merry Christmas, readers! We asked the stars for their Christmas thoughts, memories and … the worst holiday gifts they ever received.

Lea Michele: I got a box of peanuts one year.

Chris Colfer: I was forgotten one Christmas not by my parents—but someone did forget. So, that someone wrapped up candy canes in a napkin and wrote my name on the napkin.

Amber Riley: I got a dollar for Christmas once.

Harry Shum Jr.: I got roller blades when I was 4. I thought it was the best thing in the world. I ended up injuring myself in the next two years. So that was probably my worst and best gift all in one.

Scarlett Johansson: I realize as I’ve gotten older that it’s nice to spend Christmas with your friends. I love to see my family as well. One Christmas that was really nice was (when) I spent 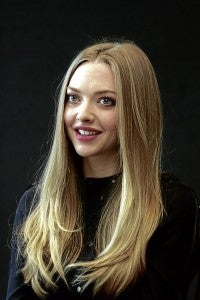 Christmas Eve with my family and then the next day with friends. It was nice—no presents, no expectations. Just friends joining each other, like a bunch of orphans.

It was nice to not have to stress over gifts, who goes to whose house and all that stuff. It was like, we’re adults now, old enough to not care about what’s in your stocking.

As a child, my favorite gift was a Jurassic Park tent. I erected it in the bedroom that I shared with my sister. She was probably thrilled about that. The tent stayed there for a very long time, like six months, in the middle of the room. I lived in it; I loved it. It was the best gift ever.

Jessica Biel: I feel like every Christmas I had as a kid was really cool and full of family, most of all. I remember one Christmas when I slept on the couch, hoping to see Santa. I thought, I was going to stay awake all night. Somehow, I would fall asleep and so heavily that whoever Santa is—he comes down, puts presents, eats the cookies, drinks the milk—and I missed it all. I woke up feeling like, no, I was going to see him this time!

Denzel Washington: What first comes to mind is, I got a red plastic fire truck with a ladder that broke in two. You could bring it around the corner in pieces. I also got a baseball glove. The reason I remember these is that I snuck downstairs like at four in the morning just to get two minutes of playtime. I was like, oh, I got the glove that I wanted! And I’m sure that Santa brought the fire truck, too, that I wanted. How old was I? I was 27 but please don’t tell anybody that. 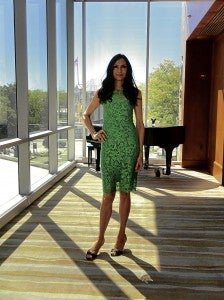 Christmas is the birth of Christ. It’s also a time of family, unity and everyone coming together. In my house, it’s great food, eggnog—my wife does the whole thing. I act like I have something to do with it but I don’t. I basically stay out of the way. I eat and watch football games.

Amanda Seyfried: This year, I rented a farmhouse near Rhinebeck (New York). Three days after Christmas, my sister, mother, 92-year-old grandmother, Finn [my dog] and my best friend Alex, who’s part of my family, are going to drive up to the house. For New Year’s (Eve), my other friends are going to come and cook a huge dinner.

All my grandmother does is read. She’s happy with a glass of wine and a book. We’re all going to just sit around. It really is going to be the best Christmas because I get to sit in the country with, hopefully, snow. I have 400 acres for Finn to run around. I can’t tell you how excited I am.

Famke Janssen: In Holland, we celebrate something called St. Nicholas Day on Dec. 5. It’s done with gifts and poems. It’s very creative in what we do, especially in my family. We eat a meal together, go to church. I really love Christmas Eve Mass, then having breakfast at like two in the morning.

Jesse Tyler Ferguson: I’m going to Anguilla for Christmas with Justin (Mikita) and then we’re going to New York for New Year’s Eve. Last Christmas, we hosted my family and his whole family at our house. As we were setting the tables, we were like, we’re going away next year. This is a nightmare.

Julie Bowen: We alternate Christmas with my family and in-laws. My mother can’t stand it (the alternating), so at Thanksgiving, we have a full Christmas with her— stockings, turkey, Santa. It’s very hard on the children because they’re like, “What’s going on? Santa comes twice a year!”

Ewan McGregor: For me, Christmas is about family and being with your family.

E-mail the columnist at [email protected] Follow him at http://twitter.com/ nepalesruben.