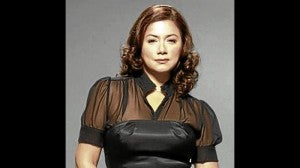 It’s a popular ploy in the scriptwriting trade: When in need of an especially pathetic and empathetic dramatic twinge, do a medical story!

From “Johnny Belinda” through “Philadelphia” to “Lorenzo’s Oil,” the TV-film landscape is full of literally painful dramas in which physically tormented protagonists contend with all sorts of dire illnesses or disabilities, and eventually surmount them.

On “MMK,” the drama revolved around a mother (Dina Bonnevie) who didn’t have time for her many kids, leading to the medical neglect of one of them, who suffered from a serious ailment for many years. In addition, one of his siblings died even before he himself finally expired.

On the competing “Magpakailanman,” which has just been revived after a long hiatus, the physical condition focused on was even more extreme: The episode’s protagonist was a girl with no hands! Expectedly, she was bullied and made vicious fun of for many years—until she rose over adversity and became a chef, proving that even the extremely disabled can become amazingly “differently abled” if they put their mind and will to it.

On “MMK,” Dina Bonnevie turned in a deeply felt portrayal, and made herself look very different from her usual glamorous persona. Unfortunately, her otherwise exceptional portrayal was compromised by the exceedingly “declarative” dialogue she was given to “dramatically” intone. Indeed, the entire episode was hobbled by this too self-consciously melodramatic and declarative scripting style.

Ornately “declarative” dialogue like that is to be avoided because it says and describes everything the character is feeling, and leaves little for the viewer to fill in with his own empathetic insights.

On point of attention-calling disability, the “Magpakailanman” episode was the more remarkable production—but, it had its own share of woes. At times, the tricky challenge of making an actress look believable as a character without hands was awkwardly addressed.

More reprehensibly, however, when the character grew up, the young actress playing her was replaced by a young-adult performer who didn’t at all look like her. Insufficient attention to believable detail like this made the episode come off as an implausible drama, and robbed it of genuine conviction and empathetic power.

The two competing medical dramas’ insufficiencies show that, while illnesses and disabilities can initially grab viewers’ attention, other factors have to be addressed for them to end up as memorable viewing experiences.

So, we urge producers, writers and directors of TV dramas to do more than just blithely “ride” on illnesses and disabilities to keep viewers viewing. There’s much more work and genuine artistry involved!