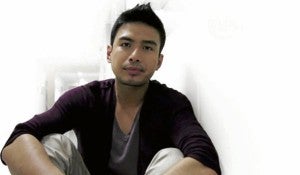 Cute actor just gave Handsome Hunk another reason to go ballistic. CA snapped up a lucrative project once attached to HH. It was a slap on HH’s face (he thought he could hold on to the deal forever).

To think that HH used to look down on CA! With this reversal of fortunes, CA is on top of the world, while HH languishes in the dumpster.

Sweet Starlet lost not a few fans when she visited a hospital recently. A mole said SS kept to herself and snubbed fans who wanted to have photos taken with her.

The few times SS agreed to pose for snapshots, she didn’t even bother to hide her dismay. “She was frowning even beside seriously ill children,” a witness claimed.

Contrary to her nice-girl image on-screen, SS was as snobbish and cranky as Pretty Starlet, who turned down autograph seekers in public.

So who’s the real mean girl? It’s a tie!

Are the stars in this studio trained to be snooty as a matter of policy?

At an airport down south, Matinee Idol sashayed through security as if he were a dazzling diva. MI was followed by a bunch of Screen Studs who acted as if they were just as popular and entitled as MI. Funny thing was, not one of the SS could be identified by name by oblivious travelers.

Singing Champ supposedly auditioned for a high-profile production. SC wanted to keep it a secret and didn’t publicize the tryout, unlike some contemporaries.

Were SC’s handlers afraid it might backfire? True enough, SC is said to have flunked the audition for a number of reasons—among them the failure to impress jurors with powerhouse belting that was marred by faulty diction.

Popular Celeb failed to make the grade, too, because the producers thought PC was overexposed by previous projects.

Reality Wannabe didn’t make it, either, because of a jarring speech impediment.

After much fuss and frenzy, Controversial Event failed to deliver. The hype machine floundered miserably in the face of fierce competition from Rival Company.

The CE planners’ scheming was all for naught. Now the million-peso question: Did RC concoct the Shocking Incident to upstage CE? It’s a dog-eat-dog world, after all. 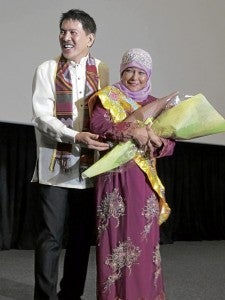 Monique on admitting she’s a gay woman: “Young ones need positive role models who they can look up to and say, ‘I don’t have to hide who I am and I can fight for who I am.’” (This shouldn’t apply to gender-preference issues alone.)

Lorna Tolentino, asked if she could fall in love with someone much younger: “Sana huwag naman akong subukan ng tadhana! Mahirap kasi magsabi ng hindi, ’di ba?” (Would that be so terrible?) 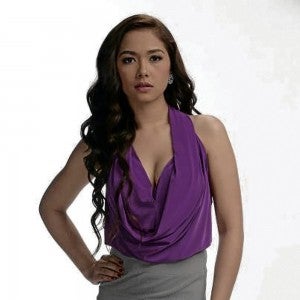 Bea Alonzo, asked if BF Zanjoe Marudo gets jealous when she does intimate scenes with other actors. “Wala at all!” (That could go two ways…)

Christian Bautista on why he and Karylle didn’t end up together: “She was just coming out of a heartbreak. I didn’t want to take advantage.” (What a gentleman!) 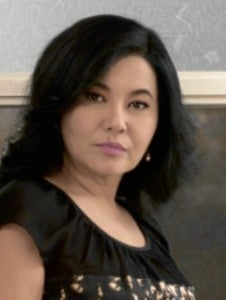 KC Concepcion on her love life: “My heart is at peace… knowing that may mabubuting lalake talaga.” (Emphasis on… “mabubuti.”)

Read Next
Sarah poised to be the next ‘It Girl’
EDITORS' PICK
Next level mobile photography within reach with vivo X70 co-engineered with ZEISS
Leaked: A 60x Zoom and all-new Helio G96 mean a complete overhaul for TECNO Mobile’s new CAMON 18 series
153 protests filed vs China actions in PH waters in 2021 — DFA
Duterte blasts rights groups for overlooking the ‘other side’ of drug war
Delivering delight against all odds
Lacson wants DOF to suspend TRAIN law as oil prices rise
MOST READ
Robredo to supporters: Be calm, gentle and do good deeds
Matibag calls Senate budget hearing ‘political,’ gets kicked out
Duterte inaugurates P684-M bypass road project in Quezon
Duterte: No drug dealers among the rich in PH
Don't miss out on the latest news and information.