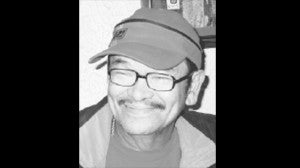 He got his final wish, a stunning conclusion to his colorful life story, with awestruck colleagues paying him homage.

Award-winning filmmaker Celso Ad. Castillo was working on the ending of his autobiography when he passed away at 2 a.m. Monday at his home in Siniloan, Laguna. He was 69.

His wife, Ophelia Lopez-Castillo, 43, told the Philippine Daily Inquirer that the filmmaker had been under a lot of stress, putting the finishing touches on the book, “Celso Ad. Castillo: An Autobiography and His Craft.”

The director behind the 1977 film “Burlesk Queen” had gone the extra mile for this last major production, according to his wife. “He would wake up in the middle of the night to rewrite the last chapters. He kept revising. He wanted a beautiful ending.”

Ophelia recounted: “He was exhausted last Saturday. He got home late, at 10 p.m., from the printing press.”

On Sunday, she said, Castillo looked in on the digital editing of “Bahay ng Lagim,” his last movie due out in February.

Castillo woke her up shortly after they retired, she said, complaining of chest pains. “He asked me to give him a massage. While I was massaging him, I thought he dozed off; then I saw that he had stopped breathing.”

The filmmaker was diagnosed with lung cancer in 2007 but recovered in 2010.

Tributes poured in for “Celso Kid” on Monday, including an affectionate statement from movie queen Susan Roces, who told the Inquirer, “I mourn the death of a dear friend and a great director and writer.”

Batangas Gov. Vilma Santos, a renowned actress, recalled: “Celso Kid was the first director to call me an ‘actress’ after I did ‘Burlesk Queen’ with him. That was a turning point in my career. He was intense.”

Beauty queen-turned-actress Gloria Diaz, who top-billed Castillo’s “Ang Pinakamagandang Hayop sa Balat ng Lupa” (1974), said: “He made all his leading ladies look beautiful. He was probably the most soft-spoken director when he said ‘Action’… almost a whisper.”

To prepare for “Pinakamagandang Hayop,” her debut film, Diaz said she watched “Patayin sa Sindak”—which “convinced me to join the movies.”

Another beauty queen-turned-actress, Maria Isabel Lopez, described Castillo as a passionate artist who “needed to fall in love with the film’s story and his leading lady.”

Lopez recalled that during the shoot of “Isla” in Tulay Buhangin, Quezon, in 1985, he sent over guitarists to serenade her on her birthday. “After the song, they brought in puto, bibingka and other native delicacies. I felt like a true dalagang Pilipina. It was the first time I was serenaded.”

Lopez noted that Castillo was also a painter and sculptor. And in a 2008 interview with the Inquirer, he related that he started in the business as a komiks illustrator. His father, Dominador, was a komiks novelist and producer for Larry Santiago Productions as well.

Castillo believed he was born at the right time. “In the 1940s, there was only radio. I grew up visualizing the drama serials.”

Komiks likewise primed the English literature graduate for filmmaking. “Komiks taught me how to frame scenes and how to choose commercially viable projects.”

Fellow filmmaker Elwood Perez described Castillo as a “maverick, a major force that could not be ignored.” They started making movies at the same time in 1970s, Perez said. “I would visit Celso Ad. on the set to observe him at work.”

Another filmmaker, Peque Gallaga, considered Castillo one of the “three great Filipino directors,” along with the late National Artists Gerry de Leon and Ishmael Bernal. “Celso really understood the mechanics of cinema. He told the story through the camera and the staging of the mise-en-scene, not through lines of dialogue,” Gallaga said.

In the 1970s, he was dubbed “Messiah of Philippine cinema” for masterminding hit movies that broke new ground.

Cannes-winning (2009) director Brillante Ma. Mendoza, who worked as assistant director and production designer in Castillo’s films, “Lihim ng Kalapati” and “Vietnam Rose” in the 1980s, called him a “genius.”

“I learned a lot from him—from motivating actors and characterization,” Mendoza said. “He was instinctive. He made decisions based on what was available on the set.”

Director Pepe Diokno, a winner at the Venice Film Festival, recalled casting Castillo in his (Diokno’s) debut film “Engkwentro” in 2009:

“On the first day of the shoot, I was nervous and didn’t know what I was doing. But Celso Ad. came on time. He was supportive, kind and gracious. He was generous with his time and wisdom.”

In the 2008 Inquirer interview, Castillo admitted that he had mellowed considerably. “Converting to Islam in 1989 allowed me to discover myself. Islam is a tough religion. Perfect for the hard-headed,” he said.

He said he moved to Siniloan, his birthplace, in the late 1990s for the serenity it offered. “It has everything—ricefields, mountains, rivers,” he said. Everyone called him “Direk” but he relished the simple life. He had a small chestnut farm.

Apart from his autobiography and “Bahay ng Lagim,” Castillo was working on a new film, his homage to Siniloan, that has been included in the masters’ edition of the Sineng Pambansa, scheduled next year by the Film Development Council of the Philippines (FDCP).

Said Briccio Santos, FDCP chair: “It’s sad because he was all set to make his directorial comeback. His demise is a great loss to Philippine cinema. He inspired fellow filmmakers—both the younger generation and those who consider him a contemporary.”

Indie filmmaker Ron Bryant, who made a documentary on Castillo four years ago, said the acclaimed director was “a vanguard of the indie spirit. He made innovative films with limited budget.”

British critic and distributor Pete Tombs told the Inquirer also in 2008: “His independent spirit and desire to experiment with form marks him as an original and a visionary. He was not afraid to take risks.” Tomb’s firm, Boum/Mondo Macabro, released Castillo’s 1984 bold film “Snake Sisters” on DVD in the United States that year.

Castillo’s body lies at his residence in Siniloan, Laguna. He wears a barong Tagalog embroidered with a film reel, in the colors of the national flag—symbolic of his lifelong dedication to Philippine cinema.

“It was ordered from Lumban (Laguna) but he designed it himself, said his wife. “He said he would wear it if, and when, he became a national artist,” his wife said.

Castillo was nominated by the Film Academy of the Philippines for the National Artist Award in 2009.

The family is waiting for Castillo’s sister and children in the United States, who are arriving this week. With a report from Maricar Cinco, Inquirer Southern Luzon

WPS will be key issue in 2022 elections – Biazon