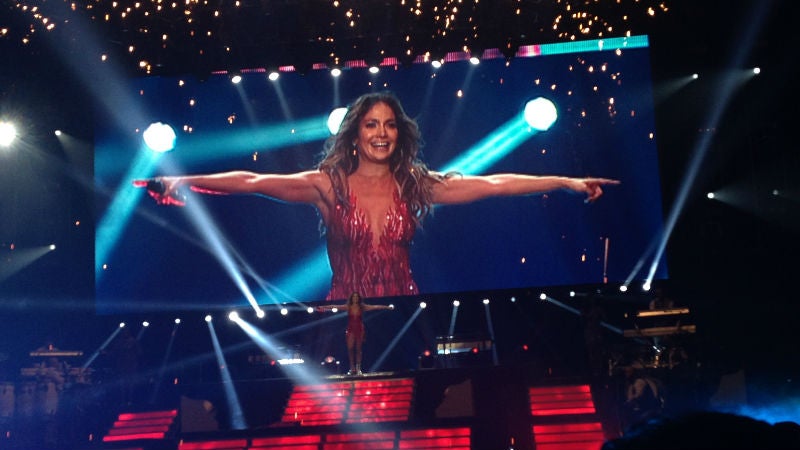 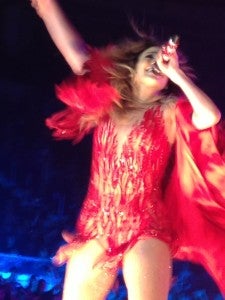 MANILA, Philippines—Jennifer Lopez delivered a spellbinding performance at her concert on Monday, November 26, before a cheering capacity crowd at the Mall of Asia Arena in Pasay City.

Her stage act, which combined visually stimulating elements of theater and film with the energizing beat of dance music, was powerful enough to soften the hearts of skeptics and critics. Backed by a six-member live band and two backup vocalists, Lopez couldn’t do anything wrong – even if at times her solo singing spots revealed the inadequacy of her vocal skills.

But all was forgiven the minute she shook her voluptuous body in synch to the snappy choreography of her team of dancers.

The music, though mostly heavily synthesized with hard thumping rhythms (starting with the opener, “Never Gonna Give Up”) which defined Lopez’s dance-R&B-hip-hop sound, diversified at some moments with snatches of reggae (“I’m Into You”) and her Latin heritage (“Let’s Get Loud”).

Overall, the overflowing energy and festive character of her show bounced off the audience, many of whom responded positively by engaging in ecstatic revelry. Near the concert’s end, everyone was flailing their arms like they were welcoming the arrival of an exotic enchantress.