‘An actor’s job is empathy’ 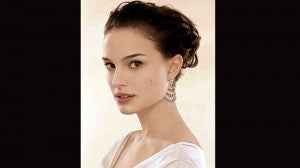 Natalie Portman shared this short but sweet observation on TV recently: “An actor’s job is empathy.” Actors and would-be actors would do well to mull that succinct statement over, and evaluate themselves or how well they vivify it in their own work.

If our experience as actor and director is any basis, the general answer could be: Not very. Because, truth to tell, many actors are too self-absorbed to empathize with their assigned characters’ circumstances, conflicts and aspirations.

This is especially true in this country, where good looks are required of most people who want to act. Beauty is great, but it sometimes (often?) seduces people who possess it into admiring themselves too much for them to even think of, let alone feel for, other people.

So, many local actors of the “looker” sort have a hard time empathizing with the characters they play, enough for them to believably vivify them.

What do they need to do to make up for lost empathy? Natalie Portman is more beautiful than most, so how come she doesn’t have a problem in this regard?

Because she wisely understands that beauty is ephemeral, and that the richest and most valuable aspect of an actor’s work is not his ability to look great, but to strive to understand human nature—in all its dizzying prismatic splendor.

So, you want to become a fine, empathetic actor? The first rule is: Forget yourself, think only of other people, find out what makes them tick, what’s important to them, what makes them happy or breaks their hearts, why they behave the way they do—etc.!

That’s a tall order, so learning to do that can’t be an overnight effort. It’ll take years of constant observation and feeling-for, of exposing yourself to all sorts of situations and people, always looking for their core concerns—and feeling what they feel.

Some people aren’t worth the effort? Wrong. Human nature manifests itself in even the most benighted or “boring” of individuals, who may in fact be more fascinating and instructive than more outwardly “colorful” types.

After gaining an understanding of other people, you can then proceed to empathize with the character specifically assigned to you. Your source material is the script, but you mustn’t think that this is all you have to work with.

The script, in fact, only provides you with a sketch of who the character is, and a road map of where he’s going in the course of the drama’s unfolding story.

Many actors fail because, after they’ve memorized their dialogue and movements, they feel they’ve already done their job. Double-wrong. That’s only around 30 percent of the job of acting, and the actor needs to fill in the remaining 70 percent with his own inputs.

Basically, he can derive those inputs or insights from his understanding of what makes his particular character unique, and what drives him to do what he does. Hopefully, his training in feeling for other people will serve him in good stead in this regard.

But, what of the actor’s own persona should he bring to the work of acting? His all-important empathy—and his emotions. He should know that the character “exists” only on the script’s pages, and it’s his job as actor to “lend” his emotions to his assigned character, to make him truly come alive.

It’s important, for believability’s sake, that his emotions must be real, not “acted”—and this is another area where many local actors fail. They think that acting is “pretending,” and have to be taught that acting is in fact being, implicitly believing that what’s happening to the character is really happening to him (the actor).

That’s another tall order—which explains why we have so few really good, empathetic and completely believable character actors around. —Let’s hope that, if you do your homework, you’ll eventually end up as one of them!