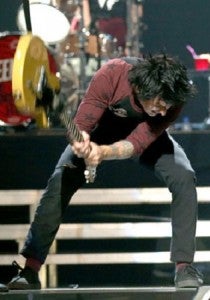 Remember when seeing a guitar get smashed on stage was a normal sight in foreign rock and punk concerts? Especially in the 90’s where you would get to hear the roar of the crowd? Those were some fun and exciting times.

Admittedly, some musicians did it because it looked cool and it gave a strong statement to those in attendance. But for those musicians who did it because they simply wanted to and not for attention that single action screamed of rebellion, angst and defiance of law.

And heck, even the great Jerry Lewis in his heyday was known to have wrecked a few pianos and even allegedly lit one on fire. But the latter tidbit may have been more of hearsay than an actual event.

Just like when Ozzy Osbourne was accused of biting off a bat’s head in one of his concerts during his peak years. Such stories whether real or fabricated only add notoriety and a certain shroud of awe around these musicians. The same goes for musicians who had a penchant for wrecking their instruments before or after the set was over.

Speaking of these sometimes eccentric and extreme behavior of some musicians suddenly reminds me now of a pretentious “music-intellect”-writer of another daily who unfairly labels and stereotypes all rock artists as products of the rock n roll lifestyle such as when this person labeled the late Karl Roy as a “head-banging punk” who lived the rock n roll lifestyle. I ask you: Do you even know what Rock n Roll means? Do you even know what punk means? Do you even know the difference between “rock n roll” and “punk”? Or are you just saying these to sound smart and “pa-cool effect”?

Wow! For someone who never wrote about Karl Roy when he was still alive, you seem to have known a lot about him as if you were so familiar with his work, with his music, with his life. Funny! Because we don’t recall ever seeing you in one of his gigs and you wrote about him only because his death was news! Kindly stop mentioning his name and pretending to give a damn! Kindly respect the departed.

Now that that is out of the way and has finally been said, let us get back to the subject at hand–Green Day. What I remember most being a fan of Green Day is the time I got to purchase their album titled: “Nimrod” way back in 1998 in cassette form.

In fact, the salesgirl was laughing at my choice because she said, “Sir, mas maganda ang Spice Girls.” It was my turn to laugh at her. Come to think of it, where’s the Spice Girls now?

Anyway, I practically wrecked that cassette tape by constantly listening to the songs ‘Hitching a Ride’ and ‘Time of Your Life’ in my already “antique” Sony Walkman. Green Day was my first exposure to foreign punk and while others knew of Green Day a few years before the release of the “Nimrod” album, by listening to their breakthrough to the mainstream scene with their own highly influential album “Dookie”, it was “Nimrod” that got me started to the music of Green Day and this was years before the release of their album “American Idiot” and the punk-rock trio composed of Billy Joe, Mike Dirnt and Tre Cool who were still young, relentless and full of that spunk that so perfectly embodied the attitude of punk and what it was all about.

While Green Day are now considered “old-school” by today’s standards and it is also because they are already in their early 40’s, in the early 90’s they were the young kids in town. They were the fresh and new blood in the band scene. And they didn’t have as much haters as they do have now. 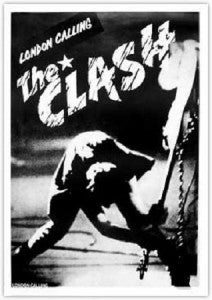 Green Day influenced so many punk-bands and not-so-punk bands and everything in between, from the now defunct Good Charlotte and the god-awful Simple Plan, to more respected bands like My Chemical Romance, AFI, Bullet to my Valentine, etc.They have all cited Green Day’s earlier releases as additional influences to molding their own music.

Currently Green Day has also been labeled as one of the last remaining true American Rock n’ Roll bands. It is because Green Day’s music these days is full of big ideas, provocative lyrics that deal with political issues, social unrest, technology and even matters of religion.

They have gone far in their music careers from being judged as an “OK” band when they were starting out to becoming the major headliner and one of the biggest bands in the world today. This is something I never imagined that could have happened before when I first started listening to them in 1998.

But they certainly have played their cards right and have successfully managed to repackage and reintroduce themselves to a whole new generation of kids. Both young and old now–they have bridged the generational gap, given all their accomplishments and how they have achieved longevity already.

Just barely a month ago, I was surprised to read the news that Billy Joe was punished and reprimanded for doing something that isn’t as bad as it seems and which was quite harmless, in fact.

He was just expressing his frustration for being given a rather short-time for their set compared to the next acts lined up for the live event. Green Day was originally supposed to have had a 45-minute set.

Arbitrarily, instead it was cut short to 25-minutes to provide more time for Usher who was the next live act. Who wouldn’t get pissed or mad with this situation? And to make things worse, have a giant timer in front of your view counting down your minutes until the next live act which was Usher? That was adding insult to injury. This happened at the Iheart radio music festival in Las Vegas.

Billy Joe of course said a lot of ‘F’- bombs but as he has stated they have been performing since 1988 they deserved more respect by at least giving them the full time of 45-minutes and not cutting it short in half. It has been called a “meltdown” on stage but I see it more as an act out of frustration when he started cursing and smashed his guitar… his own guitar, to the ground.

Nobody got hurt. But apparently some people’s feelings got hurt with this public display of defiance–his representatives and management in the record label. How can you label Green Day as punk when they are not allowed to act as “punks” from time to time, at least?

Drawing comparisons from the past and looking back, I can’t help but think one of the most important images in the history of Rock N’ Roll is the photograph of The Clash bassist Paul Simonon smashing his bass guitar.

That was punk captured in one single image. An image that still stands the test of time today and an image that is so punk and connected to the whole punk-movement forever. Even though that wasn’t the first time a musician smashed his guitar, what Paul Simonon of The Clash did was so different at the time and stood out that until now that captured image is still remembered and considered as one of the all-time most important photographs in the annals of Rock n Roll history.

From punk to grunge, even the late Kurt Cobain would smash his guitar on occasion and one of these smashed guitars has been recently auctioned off for big bucks! Doesn’t that mean something and speaks so much of the value of these items, instruments, and equipment that is for a specific time a part of a certain era and a time in music that is ever changing?

That is why I don’t think Green Day will ever be the same again. It is not only because they are older or they have even recently contributed a song to the soundtrack of the Twilight franchise. I think it is because bands like Green Day have lost their edge because of the restrictions imposed on them. And what truly made them special is sort of gone and it is kind of disappointing when flashes of how these guys were really are shut-down, censored, and deemed not suitable for their fans.

My message is to the young fans of Green Day who never got to see these guys in their prime and who only got introduced to their music because of their album titled “American Idiot” and the subsequent releases that followed.

Check out their older previous releases prior to “American Idiot” and explore their lengthy back catalog of songs and tell me the differences you have spotted and how different they sound like now!  Because if simply letting out an angry rant against the “Biebs” and smashing your guitar afterwards is too much to do for even one of the last remaining punk-rock bands is unacceptable and frowned upon these days, then there is something terribly wrong here! Unless being a punk is a crime in itself? Because Green Day isn’t a “show band” or a band that always play by the rule book.

These guys aren’t meant to be tamed and told what to do! They are already so “watered down” as it is. So why get surprised by their actions?!