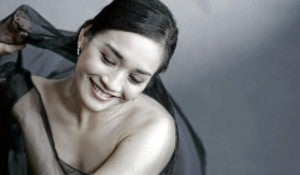 AMPIL was offered a year’s contract; she opted for half. PHOTO:JOANNA-AMPIL.COM

Filipino stage actress Joanna Ampil adds another iconic role to her gallery of musical-theater heroines: She plays Grizabella in the United Kingdom and international tours of Andrew Lloyd Webber’s “Cats” next year.

Ampil confirmed the news to Inquirer in a phone interview.

In past West End productions in London, she played Kim in “Miss Saigon,” Mary Magdalene in “Jesus Christ Superstar,” Eponine and Fantine in “Les Miserables” and Mimi in “Rent.”

Her Philippine manager, Girlie Rodis, told PDI: “She was offered one year [to do the role]; she asked if she could do just six months.”

Ampil said she earlier turned down the offer because she didn’t want to be away from the Philippines for too long. “I was torn. I’m already based here; at the same time I wanted to reestablish myself on the West End. Also, I’m recording a CD of OPM songs under Viva Records.”

But after the producers granted all her requests, she happily accepted. Ampil will perform in 10 UK cities, including Edinburgh, Aberdeen, Manchester, Wolverhampton and Southampton, plus Dublin in Ireland and Oostende in Belgium.

“She will leave for London in January and return to Manila after the Dublin show in September,” Rodis said. Ampil said she would celebrate Christmas and New Year in Manila with her family. “There’s plenty of time (to enjoy the holidays).”

Grizabella performs the musical’s most beloved song “Memory.” Ampil sang it during her audition in London. “I sang for the director Chrissie Cartwright; the choreographer Gillian Lynne was also there.”

In the middle of the song, Ampil said she was so moved, she started crying. “Maybe that was how I won the part.”

This latest achievement only shows that Ampil is still regarded as a West End actress. “Producers still think of her for major projects,” said Rodis.

Another “Miss Saigon” alumna, Lea Salonga, played Grizabella in the Manila staging of “Cats” at the Cultural Center of the Philippines in 2010.