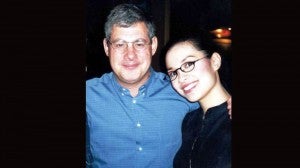 Hisotry repeats itself with the planned revival staging of “Miss Saigon” on London’s West End next year, in anticipation of which auditions will soon be held here.

Naturally, the Filipino talents who clinched lead and supporting roles in the original show more than 20 years ago have a lot of tips for the new auditionees, to make it easier for them to succeed this time around.

In the original production, the female lead role of Kim was initially played by Lea Salonga and Monique Wilson—and they were eventually followed by Jenine Desiderio and Jamie Rivera.

Since then, many other Filipinos have played Kim in different productions all over the world, but it was easier for them to do so because Lea’s performance provided them with a template.

The performing requirements for Kim are unusually daunting: She has to look like she’s still in her teens; she should come across as Oriental or Eurasian; and yet, she has to have a wide range as a singer that enables her to occasionally sing in the pop-rock mode.

Producer Cameron Mackintosh had to conduct (fruitless) auditions all over the world before he was relieved and even ecstatic when he found his Kim(s) in Manila!

New aspirants for the plum role should know that it is more suited to Eurasian players. Out and out mestizas generally aren’t a good fit. 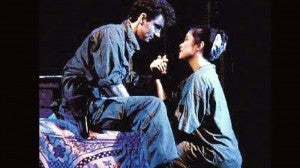 Jamie Rivera was an exception to that rule, but she made it by keeping her hair color dark, and because her petite frame made her look suitably, “orientally” vulnerable.

As for the male singer-actors who aspire to play the lead role of The Engineer, they should be informed that, in the original London staging, the Eurasian character was portrayed by a well-known British actor, Jonathan Pryce.

He was known more for acting than for singing, but the most difficult notes assigned to his character were lowered to suit his relative lack of musical range and power. By resorting to judicious and inspired “acting-singing,” he more than passed muster.

After Pryce left the show, however, The Engineer was played by a number of Filipinos including Cocoy Laurel, Leo Valdez, Bobby Martino, Robert Seña, Junix Inocian and Bicong del Rosario. 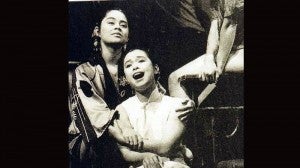 It was when I sat in on a private music rehearsal in London with one of them that I discovered that the original high notes excised for Pryce’s benefit had all been brought back in, and that the role was now prodigiously difficult to sing! So, if you aspire to play The Engineer in the revival of “Miss Saigon” in London, better be really prepared to sing and sing!

Key roles also include Gigi, which Isay Alvarez originated, and Thuy, which Seña got to perform before he made it to Engineer status.

Other roles are up for grabs, so auditionees should also try to get them. The important thing is to get in, and then work your way up—like Seña who got in only as a “swing” performer then was “promoted” to Thuy—and then all the way up to the plum male lead role of The Engineer!