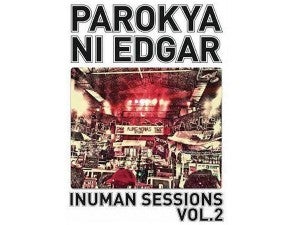 This DVD/CD package, recorded live with a select audience in a specially designed neighborhood store setting, captures the fun-loving barkada music of a Pinoy band that has outlasted its 1990s contemporaries, remaining relevant to a younger set of fans.

Parokya Ni Edgar’s songs are almost like the Apo Hiking Society’s—influenced by rock but accessible to a pop audience, laced with wit and humor, but more adventurous and irreverent.

Musically, Parokya is at par with the country’s best rock groups and can even challenge the noisiest of the lot with its ability to shift from mainstream to rap-metal. The best example is “Bagsakan” which also features Gloc-9 and Frank Magalona.

Parokya’s frontman, Chito Miranda, has admitted that he can’t write a song when drinking, but having a few shots onstage certainly didn’t hurt his performance on “Inuman Sessions Vol. 2.” 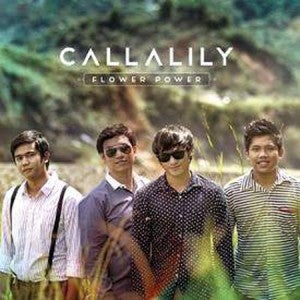 From its album title, “Flower Power,” one would expect Callalily to say something related to, or perhaps borrows the sound of, 1960s and ’70s rock—which were characterized by socio-political awareness and psychedelia. But as it turned out, there is virtually nothing here of that sort, although Callalily guitarist Tatsi Jamnaque cranks out some tasty riffs on most of the songs.

So, why “Flower Power” in the first place? The nearest connection is that love—in its various shades and conditions—is amply described in the album’s 10 tracks.

Lead singer Kean Cipriano, who wrote four of the tunes, puts his vulnerable, lost-boy vocals to good use, especially on “HKM” (“Hindi Kita Malilimutan”), in which he speaks to a departed loved one.

The rest of the tracks uncannily bear a striking resemblance to the sound of U2. Whether or not it would help Callalily unlock its creativity on the next album, only Kean, Tatsi, bassist Aaron Ricafrente and drummer Lemuel Belaro can tell.