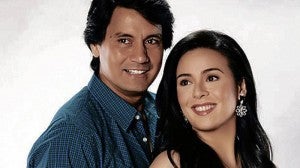 GOMEZ AND ZULUETA. Their back story deserved equal focus and underscoring.

Last Oct. 26, after months and months of (extended) storytelling, “Walang Hanggan” finally concluded its “phenomenal” run on ABS-CBN. However, the series’ final telecast itself turned out to be turgidly anticlimactic, with its young protagonists, played by Julia Montes and Coco Martin, having to die twice instead of just once, like most ordinary mortals do.

But then, we aren’t passionately romantic characters in a teleserye that’s been extended so much that most of its old and new surprises were let out of the bag by the time its finale came, so the only thing it could do to raise its storytelling to fever pitch for the last time was to effect those confounding “double deaths”!

Why were the young leads brought back to life? So they could properly, melodramatically say good-bye to each other. So, why were they again made to die after they had been resuscitated? Because they were destined to live happily ever after, in Batanes, or heaven, or wherever it is that everybody wears white and doesn’t do anything except happily chase his or her beloved hither and thither, in dreamily giddy delight—!

What a weird, anticlimactic way to end a popular show. We hope the series’ fans were happy with that overlong epilogue, because dramatically, it felt really hokey.

Another major problem we had with the series’ final telecast was the fact that it felt it had to give all of its principal and supporting characters a highlighted “moment” to bare their hearts and souls—and more to the point, in the case of the series’ villains, to radically transform themselves from vile viragos to repentant penitents.

It really was a pain to have to suffer through this series of obviously spurious transformations on the part of the leads’ dastardly relatives, who had made their lives a living hell before they retroactively saw the light and weepily ‘fessed up to and atoned for their sins! Surely, even the show’s diehard fans must have felt that they were being hokily manipulated by all these retroactive character changes?

So, why did the series not devote its last telecast to more dramatically revelatory and insightful pursuits? Because it had long exhausted its major themes and conflicts through sheer repetition in the course of its extension, until they had lost the power to elicit viewers’ genuine emotional empathy.

Unfortunately, the final episode was so protracted that it revealed the series’ young leads’ limitations as actors, despite their earnest efforts to be weepily unctuous on the one hand, and ecstatically happy on the other.

The finale confirmed our view that, in the show’s urgent intent to appeal to teen and young-adult viewers (who comprise the bulk of the local TV audience), it had injudiciously placed most of its bets on its callow, young leads, forgetting the fact that the back story of its mature leads, Dawn Zulueta and Richard Gomez, had a compelling hold on older viewers that deserved at least equal focus and underscoring.

Well, the series was a hit, so the “right” decisions were made. On point of genuine dramatics, however, the young leads failed to measure up.