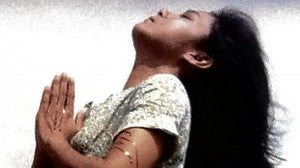 “HIMALA.” Its restored version will be screened in December.

Nitz Melicor, film enthusiast: “ABS-CBN should be commended for restoring Ishmael Bernal’s ‘Himala’—an enlightened move! The 30-year-old movie is one of the most talked about films in the local industry. Its commercial screening in December will surely delight film buffs!

Jonathan Catunao, electronics engineer: “I watched the marathon recap of TV5’s ‘Enchanted Garden’ and was pleasantly surprised by its quality. I thought it would be illogical and trashy—but, I was mistaken! The story isn’t bad, and the action scenes are well-executed. Also, the portrayals are good, especially the one turned in by BB Gandanghari!”