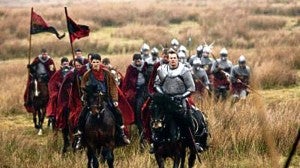 Characters from the Arthurian legends get the “prequel” treatment in the British fantasy series “Merlin,” centering on the famous sorcerer several years before he became Camelot’s sagacious mage. It’s not exactly “Smallville” meets “Harry Potter,” but the show depicts the heroic feats of a young wizard and a young knight destined for greatness.

Merlin (Colin Morgan) hides his innate mystical abilities when he moves to Camelot, where magic is strictly prohibited by the reigning King Uther Pendragon (Anthony Head). Sorcerers, regardless of age or allegiance, are arrested and publicly executed. Merlin becomes the assistant to the trustworthy court physician Gaius (Richard Wilson), and is immediately hired as Prince Arthur’s (Bradley James) servant after saving him from a vengeful assassin.

Unlike in old myths and other interpretations where Merlin was much older than Arthur and somewhat manipulative of the future king, the show’s versions of the characters are nearly the same age who initially disliked each other. Refreshingly, this iteration of Prince Arthur is already a skilled warrior and sometimes an infuriating jerk. But Merlin discovers their shared destiny and covertly uses his abilities to protect him.

The love angle between Arthur and the servant girl Guinevere (Angel Coulby), known simply as Gwen, is developed during the second season. The future royal spouses, interestingly, befriend and fight alongside the recurring character Lancelot (Santiago Cabrera). The future knight is instrumental in ruining their marriage and the prophesied fall of Camelot.

But the most engaging among the reimagined characters is Morgana (Katie McGrath), portrayed in most legends as a powerful villainess. Formerly the kind-hearted ward of King Uther, Morgana secretly discovers and accepts her magical nature, gradually transforming into a sorceress who plots the king’s defeat in the show’s darker episodes.

It has its silly comedy episodes – like when an ensorcelled Uther marries a troll-woman –but most stories are serious adventures, made lively by dramatic conflicts, competent action sequences and flashy special effects (there’s a dragon character voiced by John Hurt). Merlin and Arthur’s early heroism and exploits, together with Morgana’s metamorphosis, amusingly expound on their connected and inescapable destinies. 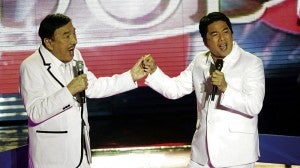 Highlighting the show is a Dolphy-Willie Revillame medley about friendship, love and dedication to the entertainment industry and a Dolphy and Zsazsa Padilla duet.

The special is directed by Al Quinn. 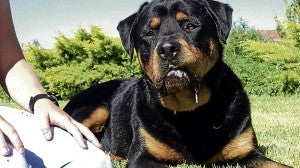 Did you know that Jennifer Aniston loved her dog Norman so much she had his name tattooed on the inside of her right foot after he passed away?

The 15-year-old Welsh Corgi terrier mix had accompanied the “Friends” star everywhere she went, and had even been present on film sets.

This special bond between dogs and humans is the focus of “Dogs 101,” Animal Planet’s new show airing Fridays at 9 p.m., with replays on Saturdays at 10 a.m., Sundays at 6 p.m. and Mondays at 2 p.m. It features stories, facts and anecdotes about different dog breeds.