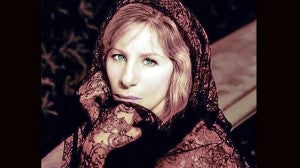 Barbra Streisand isn’t easily fazed by issues that involve her—instead, she lets her wry sense of humor do the talking. During the Q&A segment of her Oct. 11 homecoming concert in Brooklyn, for instance, when she was asked what she thought of presidential aspirant Mitt Romney’s promise to fire Big Bird, she quipped, “I love Big Bird, and I hope no one tells Romney how to get to Sesame Street—or Pennsylvania Avenue!” (The latter is where the White House is located.)

Is she aware that many contemporary singers lip sync to their songs? Streisand’s winking answer: “I’d never lip sync, because I’m so bad at it! So, I have to apologize for singing live.”

In “Release Me,” the 70-year-old diva’s 32nd Top 10 album on the Billboard 200 chart, there aren’t a lot of double-edged jokes being thrown around—but, the few times that Barbra is caught talking (before or after a take) reveal her lighter side.

More than Streisand’s knack for entertaining, it’s her enviable combination of range, technique and prodigious voice that truly sets her apart from the rest of Tinseltown’s gifted pack. Her latest collection—culled from first-generation master tapes from the early ’60s to the present—isn’t as tonally dour as her back-to-basics 2009 chart-topper, “Love Is The Answer,” or last year’s No. 4 disc, “What Matters Most.”

The songstress doesn’t employ her impeccable technique to show off, she uses it judiciously to tell stories in song—and how! If you love her stirring revivals of “Where Do You Start?,” “Not While I’m Around” and “Something New In My Life,” you can add to the list the delectable “I Think It’s Going To Rain Today,” the wistful “If It’s Meant To Be,” the seamless “Willow Weep For Me,” and the exquisite “Didn’t We?”—so far the best cover we’ve heard of the Jimmy Webb standard.

Also, you don’t want to miss Streisand’s exquisite rendition of “Home” (from “The Wiz”); the previously unreleased studio version of “With One More Look At You,” from “A Star Is Born” (she insisted on singing the song live while filming); Antonio Carlos Jobim’s melodically exhilarating bossa nova tune, “Lost In Wonderland,” and the counterpointing duet in Michel Legrand and Alan and Marilyn Bergman’s unique lullaby, “Mother and Child,” in which Barbra sings with—herself! 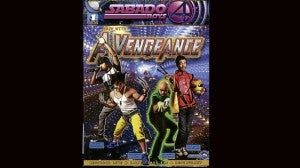 “BACK WITH A VENGEANCE.” Four-part harmony.

What do you get when Paolo Santos, Jimmy Bondoc, Luke Mejares and Beatbox King DJ Myke Salomon get together? Musical synergy!

Collectively, the talented quartet is known as the Sabado Boys, whose complementary singing styles and distinct personalities shine through in their 16-track CD/DVD set, “Back With A Vengeance,” recorded live at Kalye Timog.

The album attempts to capture the sound and excitement of live performance, a genre that exposes a performer’s strengths and weaknesses—and Myke (the group’s most polished vocalist), Luke, Jimmy and Paolo, each a crowd-pleasing acoustic headliner, give it all they got. Best tracks: “Hulog,” “Huling Araw,” “Maybe It’s Time,” “King of Wishful Thinking,” “I Wanna Be Rich” and “Rocketeer.”

The quartet works well together (Kings of Leon’s “Use Somebody,” Sneaker’s “More Than Just The Two of Us”), but they happily take the back seat when a soloist takes center stage.