Restored ‘Noli’ is a rare treat 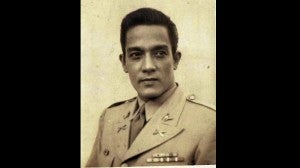 Recently, we celebrated the sesquicentennial birth anniversary of Dr. Jose Rizal by watching the restored version of Gerardo de Leon’s black-and-white 1961 classic, “Noli Me Tangere,” on the big screen at Mall of Asia. Seeing an old work by a National Artist is a rare treat, so we were eager to watch the copy Jose Flores Sibalwas had restored.

In 1989, the lone surviving print of “Noli” was already decomposing. During his speech, Goethe Institute Manila director Richard Künzel shared, “This screening was made possible after CCP digitized the 35mm celluloid copy. The last remaining copy of this film was restored in Koblenz, Germany, as initiated by the German Embassy and the Goethe Institute in 1989. The movie stars Eddie del Mar as Crisostomo Ibarra and Edita Vidal as Maria Clara. After its restoration, it was handed over to then President Cory Aquino.”

De Leon was a medical doctor who pursued his passion for the movies—he was an actor, writer, producer and director, with more than 60 films to his credit. From his lineage came performers like Robert Arevalo, Liberty Ilagan and Ronaldo Valdez.

We admire the legendary director for his unique use of visual language. He knows how to communicate through his camera and frames his subjects well. We were amazed at how he used juxtaposed images to relay a message.

The scenes showing Maria Clara (Vital) singing in a procession and Sisa (Lina Cariño) rendering a sad tune gave us goosebumps. Their songs were composed by De Leon’s brother, Tito Arevalo. Also in the cast: Leopoldo Salcedo as Elias, Max Alvarado as Lucas and Lillian Laing  as Doña Victorina. It was also a special treat to be able to appreciate the production design of National Artist Carlos “Botong” Francisco.

(On our recent trip to Bataan, we were amazed to see that the heritage house, called Casa Candaba, used in the film has remained well-preserved at the Las Casas Filipinas de Acuzar.)