Proletarian theater in the ’70s banked on ingenuity and guts 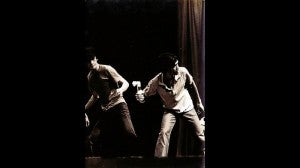 I had just directed “Jesus Christ Superstar” when Sixto Carlos, founder of Samahang Demokratikong Kabataan, asked Beebop Belsena to invite me to become part of their Finance Bureau in 1971.

Gintong Silahis, the group’s cultural arm, had just been organized. It was a historic year for the Diliman community when the UP campus set up barricades for two weeks in support of transport workers who called for a national strike.

No public transportation could enter the campus. With the help of faculty members, students turned the campus into a “revolutionary” commune.

The military sent its forces to demolish the barricades, but students and the faculty fought back with Molotov bombs, firecrackers and sheer guts.

At the time, I was tapped to direct “Barikada,” an epic proletarian drama. I held auditions in the Asian Labor Center (now the School of Labor and Industrial Relations).

As its director, I met logistical problems of mammoth proportions. How could I cast the thousands involved in the story?

Where would I find helmets, shields, rifles—and helicopters?! And, how could I make statements against the fascist forces without being legally accused in Marcos-controlled courts? 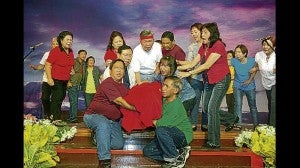 I decided not to fake the events and the protagonists involved. I organized researchers who would collect front-page photos of the brutal dispersals, helicopter attacks and hand-to-hand encounters. In those photos, I had “the cast of thousands” the staged depiction required!

To protect myself from legal liability, I decided to have the actors portraying the students “act against” two screens on both sides of the huge UP Theater, where we flashed photos of the encounters.

I didn’t make up anything, so if the actors cursed the Metrocom, it was with reason. I decided to stage nothing but “reactions” to fascism, and the Metrocom merited the dramatic action that took place onstage.

The actors picked up the cue. I minimized curses and won audience sympathy, because of the brutality the participants suffered from the military. When we sang “Bayan Ko,” the audience wept. When we termed the fascist forces “Tigreng Papel,” they agreed—and, when we sang the “Internationale,” they empathized with us!