The Zombies back to refresh memories 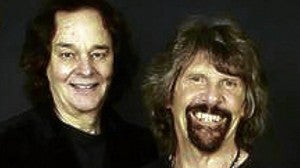 British band The Zombies unwittingly played a role on the third day of the Edsa I People Power revolt in February 1986—when one of its hit songs, “She’s Not There,” was heard by the millions barricaded on the streets and those monitoring developments at home.

The tune, originally released in 1964, was played by June Keithley, who was manning the booth of AM radio station RJ-AM, codenamed Radyo Bandido, the protagonists’ main line of communication to the public after Radio Veritas’ transmitter was destroyed. Keithley’s spiels before the song came on was a reference to rumors that then President Ferdinand Marcos had fled Malacañang Palace: “He’s not there!”

This song, and another one, “Time of the Season,” raced through the brain as The Zombies’ original members, Rod Argent and Colin Blunstone, walked into the Dusit Thani Hotel in Makati on Monday night, shortly after arriving from Japan.

The band performed last night at the Waterfront Cebu Hotel and will play tomorrow at the PICC in Pasay City.

“We’re still very active touring,” Argent, 67, keyboardist and cowriter of “She’s Not There” and writer of “Time of the Season,” told the Inquirer. “We just finished some shows in America, Greece, Israel and the United Kingdom. Next year we will tour the US, UK and Holland.”

Blunstone, also 67 and the lead singer, said: “We’re so lucky to be able to still play the music we love.”

The last time they played in Manila was in 2006 at the Big Dome.

Asked how it felt when “Odessey and Oracle,” the band’s 1968 record, was ranked No. 80 in Rolling Stone magazine’s Top 500 albums of all time, Argent said: “Flattering … especially when Paul Weller called it his favorite album.”

Blunstone added that he was floored when a Japanese reporter called the album the band’s “masterpiece.”