The importance of Bamboo Mañalac 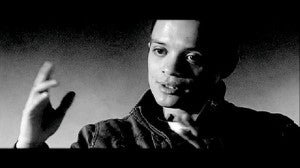 There are individuals who possess so much presence, who are iconic in their own right and considered to be pillars of local rock. The individual I am referring to is none other than Bamboo Mañalac. I had the good fortune of having had two chance encounters with Bamboo. In those chance encounters–even though they were just for a few precious minutes–he gave his full attention to my queries. He was down-to-earth and gave straightforward replies without being terse, curt, or impatient but quite indulgent and smiling and rather amused toward a huge fan like myself.

I clearly remember the very first time I bumped into him—it was at some mall.  This was 6 years ago. I saw that people were calling out “Noypi” to him—“Noypi” being the name of the mega hit song of the band Bamboo that was released in 2004–to which joyful reception he got from onlookers and fans, he would acknowledge by graciously smiling back at them.

There were a few who had pictures taken with him and I thought to myself: “Should I approach him or just wait until he came in my direction?” I waited until the milling crowd dwindled and took my turn to approach him and I said: “Bamboo, your music means a lot to us especially to my generation and when you left it sort of died down–the local rock scene the–and when you came back the local rock scene became alive again.”

I could see that what I was saying moved him as I decided just to be very frank and as real as I could be because I knew the chance of having this opportunity to actually talk to him may never happen again. He smiled and said, “Thank you.”

There were so many questions racing in my head and I could only think of one question at the spur of that moment. I asked him, “Did you compose the song “Awit ng Kabataan”? 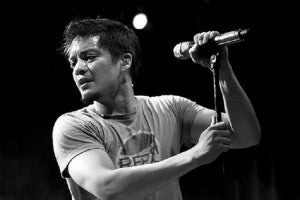 He opened his arms in a circling motion and he said magnanimously, ‘WE all did!” He was referring to the youth at the time the song was composed and in essence it IS a song for the young generation of all time. His short and succinct reply struck me. As I reflected on it, I realized how philosophical and meaningful that answer of his was. It gave me a sneak peek into the mind of Bamboo.

I have been a huge fan of Bamboo’s work since I was a kid. I still remember buying a cassette tape of their second album titled “Trip” with the cool artwork on its cover done by Filipino comic book artist Whilce Portacio. The cover of the album was iconic and one of the most distinguishable album covers of the 90’s.

Bamboo became a voice for a generation. Some have referred to him as being a music prophet and one of the leading figures of the 90’s local rock scene. He remains a very important figure in local rock and in OPM in general.

My second chance encounter was just last night. He was unselfconsciously going about his own business yet he carried himself with quiet confidence which commanded respect. I could see he could still stir a small crowd because I saw people around him giving him a look of recognition. I approached him, introduced myself, and told him that I remember meeting him years ago. I told him, “You are one of my heroes as I was growing up and your songs mean so much to me”. Always polite and smiling, he said “Thank you.” Just like a real fan, I asked if I could take his picture. Then, I asked if I could also have my picture taken with him. He obliged and posed with his right arm around my back. What a happy day it was for me!