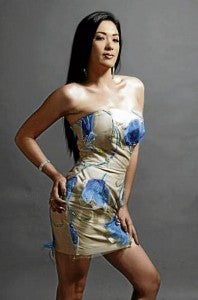 MANILA, Philippines–Her problems are far from over.

The television host and actress who crashed her sports utility vehicle into a metal fence on a center island reportedly while under the influence of alcohol in Marikina City on Saturday will have to face several charges as soon as she is discharged from hospital.

Supt. Emmanuel Tabuena, the city’s police spokesperson, told the INQUIRER over the phone on Monday that Alyssa Alano, whose real name is Jeremye Daud, will have to be held accountable for the damage caused by her vehicle on the Metropolitan Manila Development Authority’s metal fence on Marcos Highway.

Alano, who was driving a Ford Everest around 3 a.m., was traveling on the westbound lane when her vehicle crashed into the center island and hit the fence.

Alano, meanwhile, is set to undergo an operation to close a wound, caused by a steel bar of the fence that pierced her in the hip area.

In a radio interview, Annie Ayroso, Alano’s manager, said the actress, who is at present confined at the Marikina Valley Medical Center, was “already out of any danger,” but added that “some prayer was still needed” for her full recovery.

She said that the “hole” in the actress’ body “was being drained” to prevent any infection.

Although the actress could “smile,” she said that Alano could not yet walk as a result of the accident.

According to Tabuena, the charges of reckless imprudence resulting in damage to property will be filed against Alano within the day.

Aside from this, Chief Insp. Ronald Girao, head of the city’s traffic management division, said that Abelino had expressed his intent to pursue charges of reckless imprudence resulting to physical injuries against the actress.

He said Abelino had already filled out the complaint sheet, and that the police were only waiting for him to give them an estimate of the damage on the Honda Civic.

“He seemed bent on pursuing the charges against her,” Girao explained.

“And if (the hospital) certifies that she was under the influence of alcohol at that time, for sure her insurance won’t pay for any of (the damage incurred),” Girao added.

Alano’s camp has denied she was drunk at that time of the accident, but police insisted that a San Miguel beer bottle had been found inside her SUV, and that responders had noticed she reeked of alcohol.