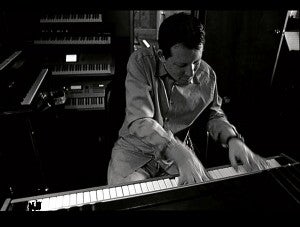 Jeff Lorber lives and breathes music. He formed the Jeff Lorber Fusion, which has released several commercially successful albums since 1977.

The keyboardist/composer/record producer performs tonight at the ballroom of Mandarin Oriental hotel in Makati. Playing with him are guitarist Nathan Phillips, saxophonist Eric Marienthal and drummer Sonny Emory.

He granted the Philippine Daily Inquirer an e-mail interview:

Blues and jazz musicians are known to get better with age. Why do you think so?

Having more experience, both musically and [in] life, can help you improve.  I’m always trying to find new ways to express myself.

The Jeff Lorber Fusion put you in the limelight for a good number of years. Why did you disband it, and how did you put together the band’s personnel for this show?

I decided to go in other musical directions and didn’t think the word “fusion” described what I was doing. I also took a break for a number of years to focus on being a studio musician.  Now I really like using fusion, which relates to a more exciting and ambitious kind of music.

Kenny G was a member of the band in 1980. Did you think he would become a big star?

I did a really exhaustive search when I was living in the Pacific Northwest to find a sax player and had a tough time finding the right musician for the band. The one quality that I noticed in Kenny, besides his musical ability, was his positive vibe and interest in the same musical dream that I had. During the time that he played with me, I think he grew a lot musically.

You played the piano at age 4. What got you interested in jazz?

There was a lot of music around the house. My mother was an accomplished piano player and she would play quite often, as well as my two older sisters who were taking piano lessons. That made me want to get in on the fun.

I had a lot of cousins. In the 1960s there was a lot of great music being created. When all the cousins would get together, a few of them were into folk music and played guitars. I wasn’t interested in that.

I was lucky to have some other cousins who were into jazz.

One in particular, my cousin Stuart, had a drum set and would listen a lot to Miles Davis, John Coltrane, Horace Silver, Thelonious Monk and McCoy Tyner. That’s how I got introduced to jazz.

How relevant is jazz fusion in contemporary times?

I wish it was more relevant. It was great to see a big audience when we played in Taipei a few days ago, and they were mostly young people. Unfortunately in the States the jazz audience is an older demographic. In general, there is probably not quite as much great jazz being created as there was in the ’60s and ’70s. But there are many fine musicians out there who are wonderful performers. I’m doing my best to help keep jazz vital and alive.