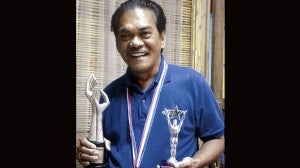 The cautionary play, starring Suzette Ranillo and Lou Veloso, creatively handles its theme, “Corruption in the government is the norm rather than the exception,” and its characters are familiar and recognizable.

Graft and corruption in the Philippines has a long history. According to the Guinness Book of Records, the height of corruption was during the martial law era, when it listed the Philippines as the most corrupt government in history.

Join our Amazing Batanes Photo Safari from February to June next year, or our trips to Puerto Princesa (in January), GenSan/Lake Sebu (March), and CDO/Bukidnon (April). Visit mandy-navasero.blogspot.com, or call 896-3208.