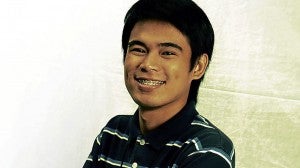 A short film, originally submitted as a class project by a 21-year-old University of the Philippines (UP) fresh graduate, has made it to the WNDX Festival of Moving Image in Winnipeg, Canada.

Ramon Niño Raquid’s “What the Chicken Knows (Or, The Eight Stages of Grief)” is among the 74 entries to be showcased at the fest on Saturday. Raquid found out about the WNDX fest while surfing the Internet.

The film, inspired by a poem (of the same title) by Maria Pia Vibar Benosa, is in Bicolano (with English subtitles). A nameless narrator in the film relates how city people can be likened to chickens inside a coop.

“Tayo ay mga manok. Ang siyudad ay ang ating kulungan. (We are chickens. The city is our coop),” Raquid told the Inquirer in a recent interview. “We become like mindless zombies in the city and, because of capitalism, we lose our identities and (will) be consumed.”

The film shows how the city (it was shot in Quezon City) “controls” people.

“As city residents, we always need to question the system … the government, academe, religion,” Raquid explained.

He believes that a filmmaker’s goal is to tell a story visually and share it with an audience. He looks up to filmmakers Lav Diaz (of the Philippines) and Dziga Vertov (of the former Soviet Union) as  icons.

He expressed gratitude to poet Benosa, and his teachers Choy Pangilinan and Eli Guieb III.

“[I took broadcast communication] only because I copied my high school classmate’s course choices in the UP entrance exam,” he admitted.

Using a DSLR camera and tripod, he conceptualized and developed the film for a class project in BC 196 (Special Topics in Broadcasting) in 2011.

“We were tasked to make films that not only deviated from mainstream forms and contents, but directly crushed and defied traditional notions,” he recalled.

Raquid dedicated his film to his grandmother Lina, who passed away on Sept. 23. She  originally did the voice-over in the film’s first draft back in 2011.

“What the Chicken Knows (Or, The Eight Stages of Grief)”  won best experimental film at the 13th Ateneo Video Open and second prize at the UP Cineastes’ Studio’s Haute Auteur Silent Video Competition.

It was also a finalist at the 8th Art Film Fest and was presented during the Sining del Pilar: UP Diliman Broadcast Communication Week  last March.

The WNDX, which started in 2005, recognizes Canadian and international filmmakers who create innovative and groundbreaking films, especially the works of Manitoba and prairie artists.