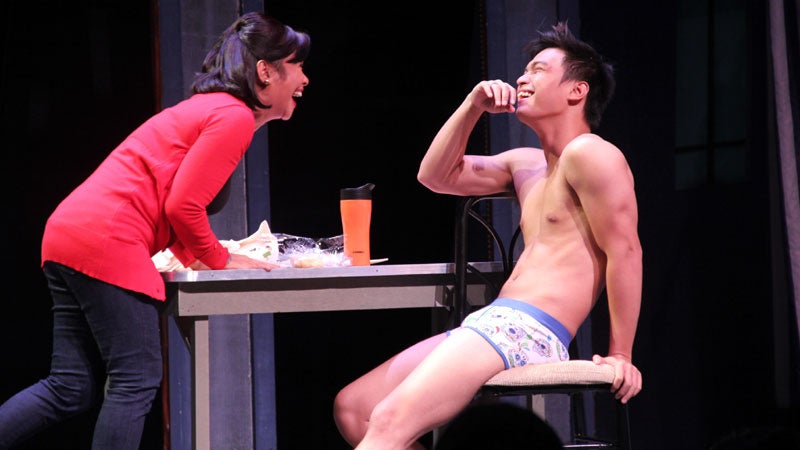 MANILA, Philippines—After 25 successful shows, the Philippine Educational Theater Association is extending its run of “Bona” until September 30 at The PETA Theater Center.

From the 1980’s Lino Brocka film starring Nora Aunor as the naïve, schoolgirl Bona and Philip Salvador as Gardo, the movie extra whom Bona worshipped out of fan obsession, PETA’s production presents a similar story with characters in the modern setting.

“Lahat kami nag-share ng experiences namin and we gave our input on how we think the story of Bona should be during this time. Dapat reflection ito ng panahon natin but we retained the vision of Direk Lino Brocka. Pero in the same manner, dapat maka-identify din ang audience sa kuwento kasi contemporary na ang setting,” shares lead actress Domingo.

“By bridging film, theater and television, Bona aims to gather more supporters for the theater industry,” says Domingo, as she urges movie and TV audiences to also patronize the theater, “I encourage them to please experience theater.”

Read Next
PSY finds his success with ‘Gangnam Style’ unreal
EDITORS' PICK
vivo brings to the Philippines a powerful smartphone with a slimmer body, the vivo Y02s for only PHP 6,499
Apple warns of flaw that lets hackers into iPhones, Macs
46% of schools nationwide to have full face-to-face classes on Aug. 22
House energy committee chair Arroyo bats for cheap electricity
What to watch out for when selecting a video surveillance solution
Heads may roll at BOC, says Palace if sugar smugglers are allowed to use recycled import permits
MOST READ
DepEd to give teachers P5K cash allowance within first week of classes
Dressing the dead: Indonesian villagers clean corpses in afterlife ritual
DOJ indicts bank officer in $2.1 billion Wirecard fiasco
Mayor bares issues vs closed QC school
Don't miss out on the latest news and information.