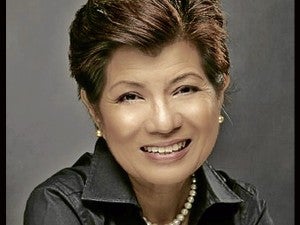 PRECIOUS Irineo, government employee: “I’m a TV news addict who also follow documentary programs. I miss Cheche Lazaro—she is the epitome of a great newscaster, host and TV anchor—she’s intelligent, objective,  articulate and, most of all, she has integrity.

“Sadly, the present crop on TV doesn’t have her traits, and it’ll take a lot of training to approximate what she has achieved. Please bring her back on a regular basis!”

Jacqueline Flores, televiewer: “After watching the episode of ‘Third Eye’ that featured Nora Aunor, it became clearer to me why TV5 has been doing poorly in the ratings game. In terms of production values, it paled in comparison to the shows produced by channels 2 and 7. The narration part looked so dated—and besides, why use narration when they can dramatize the issues being discussed?

“The result looked like it was a tutorial for a radio show. Also, the performances of the teen actors were so uninspired—I wasn’t sure if they were regulars on the series, but most of them looked amateurish alongside Nora and Lorna Tolentino. Perhaps an intensive acting workshop is in order for them.”

Irish Generoso, call-center agent: “It’s been a while since Aiza Seguerra came up with a hit record (‘Pagdating ng Panahon’). Aiza’s voice is a breath of fresh air compared to the present crop of singers, whose idea of good singing is birit.”

Tim Cual, student: “The lackluster box-office performance of ‘I Do Bidoo Bidoo’ seems to indicate that Pinoys are not yet ready for local screen musicals. This is unfortunate, because it’s one of the best films produced this year. It’s also ironic that we always complain about basura movies earning mega-bucks, but when a good film comes along, moviegoers are nowhere to be found!”