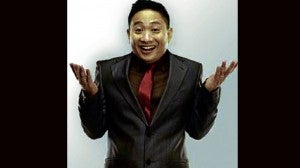 Comedian Michael V said that GMA 7 had to stop airing his sitcom “Pepito Manaloto” after two years because the members of its production team had already run out of funny ideas to feature on the show.

“Whenever we sat down to brainstorm for upcoming episodes nothing interesting came up anymore,” the comedian told the Philippine Daily Inquirer. “So we decided to end it.”

Created by KB Entertainment Unlimited Inc. for GMA 7, the show followed the simple and underprivileged life of the Manalotos that significantly changed when Pepito won P700 million in the national lottery. The sitcom aired its final episode on March 25, 2012.

Michael V, however, said his team received negative feedback on the show’s cancellation.

He said many expressed their disappointment, including his network bosses.

“We felt that we owe it to its supporters to give what they wanted,” he related. “We had to rack our brains to come up with a device so we could continue telling the story of the Manalotos.”

“It will pick up from the time Pepito realized he didn’t like the program that a TV network made about him and his family,” Michael V explained.

The comedian said the network came up with the idea to show exactly what goes in the Manaloto household by having a camera crew film their lives 24 hours a day, seven days a week.

According to Michael V, the first two episodes of “Ang Tunay na Kuwento” will be crucial to connect the first season to the next.

He said that while some interesting elements from the first season were retained, “the strength of the new show lies on its story-telling.”

Unlike the old Pepito, who has gotten used to living a grand life, the new character is humble and conservative.

“Our stories now are based on people’s real experiences,” he added.

Michael V said that of all the characters he had played on TV, Pepito was closest to his heart.

He said: “His life experiences are similar to mine—his rags-to-riches journey, although I’m not as rich as he is. I can relate to him. I’m able to share my dreams with people through him.”

Man dies after being found alive in mortuary freezer

Deputy speakership offer out of ‘respect’ for Cayetano, says Velasco