‘My mother is a great woman’ 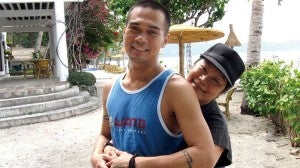 “On bad days, she relies on painkillers. On good days, she uses her time to show support for her sons’ numerous endeavors,” said singer-actor Marc Abaya of his mom, filmmaker Marilou Diaz Abaya, who is battling stage 4 breast cancer.

Marc said Marilou recently stepped out of St. Luke’s Hospital—where she had been confined for a week now and undergoing radiation and chemotherapy sessions—to watch Frasco Mortiz’s film, “The Reunion.” Marc’s younger brother, David, is the film’s cinematographer.

An actor’s goal
“She’s proud of us,” Marc told the Inquirer during our recent visit to the set of his drama series, “Faithfully,” in Diliman, Quezon City. “She always watches my work and says I’ve grown as an actor. Once in a while, she gives me tips on how I can be better.”

His mom has advised Marc to be “more subtle, as opposed to overacting; to be more truthful, which is every actor’s goal.” 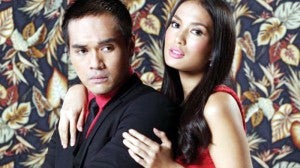 ABAYA and Isabelle Daza in “Faithfully”

The award-winning director was diagnosed with stage 1 breast cancer in 2007. Marc related: “She got better in 2008. The following year, her illness came back. It was gone again in 2010. In 2011, it came back … now it’s stage 4 but she’s fighting it. She has survived it for the past five years.”

Marilou’s latest film, “Ikaw Ang Pag-Ibig,” was released in 2011. She recently donated her library and memorabilia, among other personal possessions, to the media organization Jesuit Communications, where she is a trustee.

“Where else will mom leave them? She’s like a Jedi master to the Jesuits,” Marc quipped. “She gave some of her stuff to me and my brother. Those she handed to the Jesuits were mostly educational books.”

What Marc found out only recently was that none of the original copies of the films Marilou directed in the 1980s had been preserved.

“While movies like ‘Moral’ (1982) and ‘Baby Tsina’ (1984) were all on VCDs, their original reels are nowhere to be found. It’s frustrating. Archiving is really bad here in the Philippines,” he said.

Does Marc mind being constantly asked about his mother? “It’s all right. My mom is a great woman. What she has achieved in show business is more than what I ever will. But I hope to make her proud by doing well in whatever I choose to pursue, be it in music or acting,” said Marc, who is also the frontman of the rock band Kjwan.

Marc stressed that being an actor and a musician gives him fulfillment. “I know that I have a lot more to learn when it comes to acting,” he said. “That’s why I look forward to working on television. More than being famous, Id’ like to have the chance to work alongside great actors, like Rez Cortez and Chanda Romero. That’s the most important thing for me. I observe them. I ask them, ‘How do you prepare? How do you attack your character?’”

He first joined GMA 7 in 2011 via the comedy series “I Heart You Pare!” He was also in the cast of “Spooky Nights Presents: Bampirella” and “Daldalita.” This year, he was cast as the villain Kevin Quillamor in the afternoon drama show “Faithfully,” which also features Maxene Magalona, Michelle Madrigal, Isabel Oli and Mike Tan.

“The price I pay is that a lot of people hate me, especially on Twitter. I guess they can’t differentiate the character from the real me. It’s actually very cute—the guys say they idolize me but the girls say they hate me,” Marc said.

“Kevin is the most selfish character I’ve ever portrayed,” he added. “He dumps a girl, falls in love with another, then confesses to messing around with the latter’s best friend. He gets into an accident, then goes into a coma; he recovers and reverts back to a good guy. Shortly after, he remembers everything he did and then becomes the devil.”

Marc explained that Kevin is driven by his great devotion to his mother. “Kahit mali ang gagawin niya, it’s all to make his mommy proud,” he said. “I’m very lucky that Tita Chanda plays my mother here. She knows my mom. Maybe Tita Chanda knows what I’m going through and what buttons to press, that’s why she makes me bring out emotions that I’ve never felt before. If not for actors like her, I think I’d be the worst performer in the whole world.”

He continued: “If there’s anything that Kevin and I share, it’s our intense love for our mothers. Kevin, however, has no perception of the bigger picture. My own mom, on the other hand, taught me to also be mindful of the world. She tells me, ‘Why are you into acting or singing? It’s not to be famous, but to entertain.’ I pray everyday that I do better at work—whether it’s to make the audience hate me, feel sorry for me, or to just make them feel something. If I affect people, then I’m doing my job well.”