OPM spooks ‘Phantom’: All I ask of you is pay the fee | Inquirer Entertainment
Close
menu
search

OPM spooks ‘Phantom’: All I ask of you is pay the fee 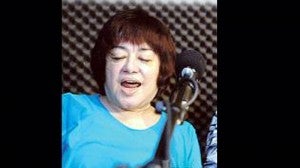 For real is the protest in Manila against the foreign cast of the musical “The Phantom of the Opera” accused of not paying a levy.

Filipino artists want foreign actors of the play to each pay P5,000 per show because the performers are musicians. The fee is part of a program that provides medical assistance and other benefits to homegrown singers and artists allegedly displaced by foreign productions.

The local artists also want the Bureau of Immigration (BI) to revoke the special working permit it gave the foreign cast and crew of the musical.

The bureau classified the actors in the foreign musical as nonsingers.

In a statement, the Alliance of Working Artists for Rights and Equity (Aware) said it was “bothered that bureaucrats who are neither artists nor culture experts are unilaterally deciding on categorical classification of performing artists.”

“These theater people sing. They dance and do everything. Theater is still music,” said Mitch Valdes, chair of Organisasyon ng Pilipinong Mang-aawit (OPM).

“Who will decide who are the singers and nonsingers? It wouldn’t [be proper] if they do it. We want the decision to come from us,” Valdes said at a press conference.

She said the “Phantom” actors were considered singers because “they also belt and sing!”

Aware said Immigration Commissioner Ricardo David Jr. issued the permit without prior consultation with OPM and Asosasyon ng Musikong Pilipino (AMP) for equity clearance—a requirement for all foreign artists performing in the country.

“We tried to get the ear of the commissioner. We tried all the diplomatic ways but we can’t manage to get through his office,” Valdes said. “Please allow us to present our case to you.”

The bureau’s decision, Aware said, compromised the Performers’ Equity Rights Program, which is bound by the MOA.

Implemented since 1989, the Equity Rights Program is “a government-private initiative, which seeks to provide assistance to local performers and producers whose livelihood and practice of profession are displaced by the influx of foreign productions,” OPM said.

However, the bureau said the foreign cast was issued a special work permit even without clearance from the OPM because it was not covered by an agreement between the agency and the local group.

The memorandum of agreement (MOA) between the bureau and the OPM only applies to foreign singers, backup vocalists and instrumentalists, bureau spokesperson Ma. Antonette Mangrobang said Wednesday.

“Although the BI recognizes the right of Filipino artists to protect themselves from foreign competitors, there is no basis for the bureau to require stage actors who are not singers or musicians, to submit to the equity program of OPM and secure its endorsement in applying for their special work permit,”  Mangrobang said in statement.

She pointed out that the agreement had not been amended or renewed to cover theater performers and nonperforming foreigners in the equity program.

“Expanding the MOA’s coverage has been the subject of previous dialogues between the BI and OPM but the latter has yet to submit certain documents required by the bureau,” she said.

She identified these documents as the OPM report on endorsements, financial statement, income tax returns and a copy of the rules and regulations of its equity program.

“This is the practice all over the world. This is not something we came up by ourselves. It’s reciprocity—a way of paying respect to the performers in  other countries,” Valdes said.

Aware said the fees (P5,000 per performer per show) from foreign acts—whether concerts or theatrical productions—sought to provide Filipino singers and musicians with medical and emergency assistance, as well as burial benefits.

However, in a letter to Aware dated August 15, the immigration bureau said that under the provisions of the existing MOA, “the bureau found no basis to require artists who are not singers or musicians to be subjected under the MOA.”

Valdes said her group had nothing against foreign productions in the country.

“We’re just protecting what’s Filipino. We’re just really after the interest of the Filipino performers and artists welfare who are displaced,” she said.

Aware pointed out that it was the second time in six months that the bureau breached the MOA.

In January, OPM threatened to file a temporary restraining order against Concertus, the local promoter of the musical “Mamma Mia!” for not paying equity clearance.

In an earlier interview with the Inquirer, Concertus managing director Bambi Verzo said that OPM had charged it with double rates (from P900,000 to P1.8 million) because “Mamma Mia!” was staged during the peak season of local shows (December to February).

Verzo’s office ended up paying a much lower amount of P367,000 after discussing the matter with the immigration bureau.

This prompted OPM to initiate a dialogue with the agency on February 8. OPM said the meeting resulted in an agreement to include theatrical plays, circus and magic acts, and other forms of live performing arts and entertainment in the implementation of the MOA.

“After our meeting with the commissioner, he said there was no more problem,” Valdes said. “We do not understand why they suddenly changed their tone.”

Filipino musicians and artists are seeking the mediation of Executive Secretary Paquito Ochoa to resolve the conflict.