A basketball game to help and inspire 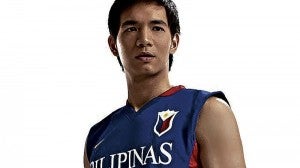 “The aim is to teach Filipinos all over the world certain values and lessons,” said cager Chris Tiu as he explained why he thought his job as a TV host was equally important as his thriving basketball career.

“All my programs are wholesome, educational and entertaining. Television, like sports, is a powerful platform. A lot of people would love to be in my shoes, and I know that I’ve been put in this position for a purpose,” said the host of “Hanep Buhay” and “I-Bilib: The Wonders of Horus” on GMA 7.

“The day when TV offers stray from what I want to achieve is when I stop doing this,” said Chris, who is also host of “1 on 1 Tiu-torials” on AKTV 13.

Tonight at 7, Chris joins a fundraising basketball game called “Built Upon the Rock” at the Ynares Sports Arena in Pasig City.

The event was organized by Philippine Basketball Association (PBA) cager Asi Taulava, cosponsored by Swatch Watch. It will also be attended by Swatch endorsers Derek Ramsay, Matteo Guidicelli and Billy Crawford. Proceeds will go to victims of the recent floods, particularly in Pasig, Rizal and Bulacan. Tickets are being sold at P1,000, P500, P200 and P100.

“Many people say they want to help, but only a few go out there and actually do,” Chris told the Inquirer during a recent media gathering at the Diamond Hotel in Manila. “When Asi called me, I immediately said yes … More than the actual funds we can raise, this game is a symbol and an inspiration— that’s more important to me.” Marinel R. Cruz