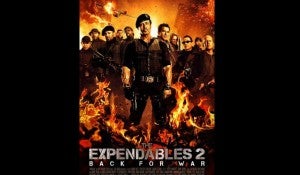 “Expendables 2”, which stars Sylvester Stallone, Arnold Schwarzenegger and Jet Li as mercenaries, raked in $28.6 million since its debut on Friday, according to movie tracker Exhibitor Relations.

“The Bourne Legacy” — starring Jeremy Renner as a secret agent threatened by his employers in the latest installment of the popular series that had starred Matt Damon as Jason Bourne — took in $17.1 million for second place.

That kept it ahead of another new release, “ParaNorman,” an animated movie about a boy who can speak with the dead, which raked in $14.1 million in ticket sales.

Political spoof “The Campaign,” starring Will Ferrell and Zach Galifianakis, fell to fourth place, with box office receipts of $13.1 million.

“Sparkle” — a Motown-style musical set in the 1960s, featuring the late Whitney Houston in her final film appearance — opened in fifth place, with $11.6 million.

“The Dark Knight Rises,” the latest Batman film, slipped to sixth place, earning $11 million. The final installment in the trilogy directed by Christopher Nolan has so far raked in a total of $410 million.

Meryl Streep and Tommy Lee Jones’s romantic comedy “Hope Springs,” about a married couple trying to get back their spark, was in eighth place at $9.1 million.