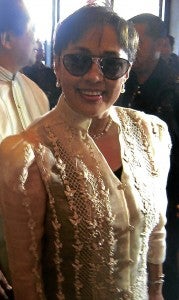 Avid film memorabilia collector Danny Dolor aptly put it: “It was as if the brightest stars came down from heaven and descended on the Cultural Center of the Philippines (CCP).”

Dolor was referring to the formal opening last July 20 of “Alitaptap Kikilapkilap,” an exhibit of movie mementos.  The exhibit will run until Aug. 24 at the lobby of the CCP Little Theater.

Stars from local cinema’s first golden age graced the opening of the exhibit of Dolor’s movie ads, magazines and flyers dated from 1936 to 1941.

Making a rare public appearance was screen queen Mila del Sol, one of the few surviving actors from that era. Posters of her movies—like LVN’s maiden offering “Giliw Ko” and pre-war classic “Ibong Adarna”—are featured in the exhibit.

(The only other living actor from the pre-war period is Mona Lisa, who co-starred with Del Sol in “Giliw Ko.”) 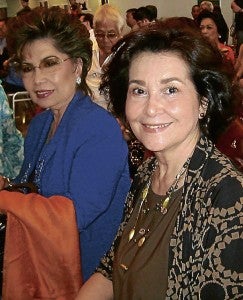 Mary Grace Poe-Llamanzares, Movie and Television Review and Classification Board chair, represented her grandfather, Fernando Poe Sr., whose film memorabilia is likewise highlighted in the exhibit.

Marichu Maceda of Sampaguita and Digna Santiago of Premiere, scions of major studios from the golden era, attended the gathering.

Dolor recalled that he started collecting movie souvenirs when he was in grade school.

“These posters are reproductions of flyers distributed by calesas (horse-drawn carriage) all over the towns, to inform the public of the latest movies showing in local theaters,” Dolor related. 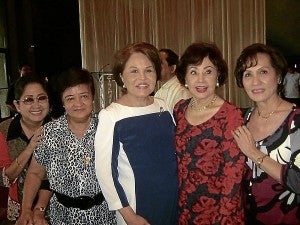 He recalled that the flyers reproduced were from movie houses in Bulacan, Batangas and Quezon province.

The flyers are the only reminders of pre-war cinema, as most local movies from that era have been lost or destroyed by war, calamity or sheer neglect. (Only five “peace time” films still exist: “Zamboanga,” “Giliw Ko,” “Tunay na Ina,” “Ibong Adarna” and “Pakiusap.”)

Santos said the present generation should cherish our film heritage: “These movies are our country’s treasures.”

The exhibit opened this year’s Cinemalaya fest, which ended on Sunday.