Mainstream crosses over to indies 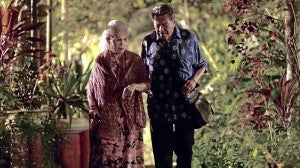 Lee made these observations when the Philippine Daily Inquirer asked him to comment on the involvement of television networks ABS-CBN, TV5 and GMA 7 in the promotion of several entries in this year’s Cinemalaya Philippine Independent Film Festival.

“Indie producers and filmmakers want more people to watch their movies, so they hire mainstream actors, whose schedules are handled by these studios. Inevitably, they get the support of the studios as well,” said Lee, who is a Cinemalaya jury member. The 10-day fest ends today.

One of the finalists, “Santa Niña,” which features Coco Martin in the lead, was widely promoted by ABS-CBN. It enjoyed a lot of media exposure because, aside from Martin, the film’s director, Emmanuel Palo, is also a Kapamilya talent. Palo directs the drama series “Kung Ako’y Iiwan Mo,” starring Shaina Magdayao and Jake Cuenca.

Aloy Adlawan, director of “Ang Katiwala,” is also a writer at GMA 7. It didn’t come as a surprise when he signed up another Kapuso talent, Dennis Trillo, to play the lead role in this New Breed category finalist. The film’s gala premiere on Wednesday night likewise enjoyed TV coverage.

Jun Lana’s “Bwakaw” had the backing not only of TV5 but also of APT Entertainment’s Tony Tuviera, producer of the country’s longest-running noontime show “Eat … Bulaga!”

Lee noted: “Another interesting aspect here is the budget. The finalists needed a counterpart financing plan to make their films. Again, if they hire an actor managed by these studios, they get some form of financial support as well.” (This is on top of the seed grant that Cinemalaya gives to feature film finalists.)

In any case, Lee doesn’t believe there should be a line dividing mainstream and indie. “A good film is a good film,” he stressed.

Trillo said the challenge in making “Ang Katiwala” was how to keep his acting subtle. “It’s hard when, at the same time, you need to make an impact on the audience,” he explained.

Emmanuel Palo said working with a superstar like Martin wasn’t difficult at all.

The director said, “Coco loves what he’s doing. I saw it every day when he arrived on the set. To think that he would always be coming from taping (the TV series ‘Walang Hanggan’), which finishes at 4 a.m. He’s on our set at 8 a.m. He just stays in one corner and waits for his turn.”

Palo said he didn’t require much from Martin: “I just told him to make it credible, to minimize TV acting. It was easy for him because he’s exceptionally talented.”

Santa Ana said he felt compelled to do “Oros” because “people have to know this is really happening.” The film tackles exploitation of the dead to generate income from the profits of gambling.

“It’s not easy to watch a film about poverty without a love angle or comedic twist. I just hope the audience will not grow tired of films like this,” he said at his film’s gala night on Monday.