Rachel Weisz on working with Filipinos, being Mrs. Bond and… Soup No. 5 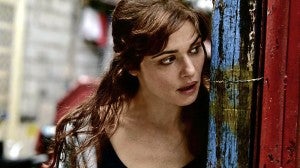 WEISZ in a “Bourne” scene shot in San Andres, Manila

LOS ANGELES—I never thought I’d have a conversation about…Soup No. 5 with an Oscar-winning actress.

But there I was at the Four Seasons in LA recently, asking Rachel Weisz if she had her fill of Filipino food while she was shooting “The Bourne Legacy” in the Philippines early this year. The actress, who never looked lovelier, had told me before that she and director Darren Aronofsky, her boyfriend at the time, loved eating lumpia and adobo at SoHo’s Cendrillon (now named Purple Yam and relocated to Brooklyn).

“I had a lot of lumpia and adobo [in Manila],” said Rachel, clad in a leather dress and black jacket. “I also had…what’s that dish which has balls?”

“You know what I mean,” the London native said. I reluctantly blurted out the name of the only Filipino dish I know that is made from bull testes: “Soup No. 5.”

Smiling, the University of Cambridge-educated actress said, “Soup No. 5, which is a euphemism for…?” I could only smile myself as I croaked, “It’s served mostly in motels…” 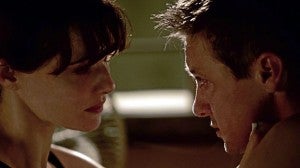 I had to ask, “Did Mr. [Daniel] Craig taste that soup?” Rachel’s hubby visited her in Manila. “No, he didn’t,” she said. “He had some adobo. No one told me Soup No. 5 was an aphrodisiac.”

It turns out that Rachel probably had fish balls, not the infamous soup. In a quick check later with “Bourne Legacy’s” Philippine line producer Lope “Jun” Juban Jr., he told me via e-mail: “I was told during the shoot she had some fish balls.”

Turning to a “lighter” topic, I asked Rachel about her experience working with Filipino actors in “The Bourne Legacy,” which also stars Jeremy Renner and Edward Norton, and is directed by Tony Gilroy. As I mentioned in two earlier columns, Rachel and Jeremy are excellent as an operative and a research scientist, respectively, who are fleeing to save their lives. They end up in the Philippines, where a pharmaceutical company’s lab and plant are located. The two have great chemistry together.

“We worked with some wonderful Philippine actors,” Rachel replied. “I’m sorry if I don’t remember all of their names. There was one, particularly, I’m sorry his name slips my mind. He played the security guy at the lab.”

When I asked if it was John Arcilla, she answered, “Yes, he’s a wonderful actor. And there was the actress who was on the bridge where we jumped off onto the bus. I’m terrible at names. But those were really wonderful actors…All the extras were really amazing. They seemed to be really keen to be part of the movie. They were excited that we were filming there.”

Added the Oscar and Golden Globe Best Supporting Actress winner for “The Constant Gardener”: “There’s really great infrastructure there. I’m sure Frank [Marshall, producer] talked to you about that [see last Friday’s column]. There’s great local talent in art, camera and other departments.”

Asked about the most challenging scene she filmed for the movie, Rachel volunteered the last stage of a motorcycle chase scene, which took place at the Navotas Fish Port Complex.

“The port wasn’t just covered in scales,” she said.  “We were inhaling scales. It was in the air. It was a very difficult place to film in. We did what was probably, for me, the scariest stunt because Jeremy and I fall off a bike and we get pulled along the ground about 200 feet. We were on our elbows. That was why I had to wear elbow pads. We were on cables being pulled along.” 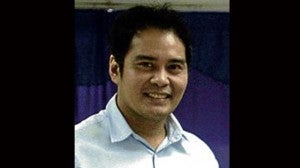 She continued: “Just before Tony said ‘Action,’ the stuntman said, ‘Whatever you do, don’t put your feet down.’ I was like,  ‘Why?’ He said, ‘Because your legs will get snapped.’ He was kind of half-joking but it was still scary.”

Admitting that she doesn’t like to rehearse scenes, Rachel said she was in perfect company. “Tony and Jeremy don’t like to rehearse either,” she pointed out. “So it was my dream job in that respect. We’d arrive on the set and just do it. We did work privately, on our own, I am sure. I did. But it was mostly intuition for me and not much else.”

The actress had nothing but high praise for her costar, whom she has known for about a decade. “Jeremy is a really tremendous actor. He’s got a lot of masculinity, danger, power, gravitas, strength and intelligence in him. But he’s also got empathy, some vulnerability, gentleness and great sensitivity. So bringing those qualities together is like a potent cocktail.

“As I’ve said, we work the same way. So what you see is not rehearsed. I don’t know how to explain it better than that. We had a really good working relationship. We never sat down, analyzed or talked about things. It just happened very naturally for us. I had wanted to work with him for a long time.”

In the movie, Rachel does a lot of running and almost falls off a motorbike being driven by Jeremy. “I am not playing a super hero, an agent or a spy so I didn’t have to have special powers or muscles or anything,” she explained. “But I’m quite fit. I did some interval training on the treadmill where I jogged and sprinted just so my lungs got stronger. I tried not to run like a girl because—Jeremy told me this—our hips are wider so our feet turn out when we run.” She added, laughing now, “I was really concentrating on not running like a girl. That was my challenge.”

Tying the knot in June last year was deeply significant to Rachel. “It was a very meaningful ceremony,” she said. “It certainly meant a lot to me. I love being married. I’m extremely happy.”

She said having a family, which revolves around Henry, 6, her son with Darren, “is very grounding. It’s the thing that matters most to me. It’s incredible watching my son grow up, learn to read, discover the world and test boundaries. Being a mom is definitely the greatest joy of my life.”

For now, Henry does not show interest in what his mom does for a living. “He’s not very interested in my work at all,” Rachel said. “When I was Evanora [in the coming  ‘Oz: The Great and Powerful’], I said, ‘Come, momma’s going to fly. Come watch me.’ He was not very interested. You know that his dad makes movies. He’s very used to his stepdad. But Henry is not jaded. He has his own fantasy life, which is richer and more fulfilling than the movie industry. I think that’s good.”

Asked to name the James Bond movie that she enjoyed the most, Rachel said, “Oh, gosh. I haven’t seen them all but the one that would come to mind is ‘Casino Royale.’” She clarified with a grin, “But I am remotely biased. The movie has fantastic piece of acting really great piece of very naturalistic acting.”