Rosa Rosal gets UP Gawad Plaridel 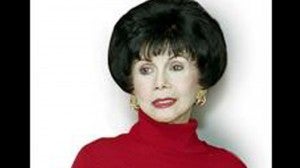 Rosa Rosal, actress and humanitarian, is this year’s UP Gawad Plaridel awardee in recognition of her achievements on television–turning the medium into an effective public service tool.

Conferring the award in formal rites on July 31, 2 p.m., at the UP Film Center, University of the Philippines-Diliman, are UP president Alfredo E. Pascual and chancellor Caesar A. Saloma.

Rosal will deliver the Plaridel Lecture on “Harnessing TV as a Public Service Medium.”