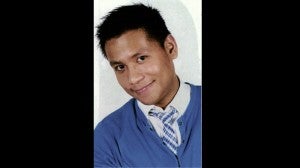 While Cinemalaya, whose eighth edition unreels from July 20 to 29, owes much of its success to its “godfather,” Antonio “Tonyboy” Cojuangco, the ailing music industry is getting its shot of adrenaline from Manny V. Pangilinan (MVP) and his team by way of PhilPop, which aims to give the Filipino songwriter a fighting chance against piracy and unfair competition from foreign acts by providing a channel through which our composers and songwriters can create fresh, new songs.

We were among the 69 adjudicators invited to whittle down the 14 top compositions from some 3,000 entries – and the task wasn’t an easy one, because there were so many good songs in the final 100. If anything, the songwriting tilt signals the rebirth of the vaunted OPM sound, which has, for many years now, succumbed to the dominance of foreign songs and never-ending covers!

It is important to reiterate the fact that the competition is for both amateurs and professional songwriters – after all, a good song is defined neither by its composer’s level of experience nor the popularity of its genre. In fact, three of our top picks didn’t make the grade – but, that’s how the democratic concept of voting works: Majority rules.

At last week’s exciting finals, the songwriters seized the spotlight from the singers. But, it was disheartening to hear some entries getting compromised by the less-than-pristine renditions of their interpreters. In a country known for its topnotch singers, blind patronage is a no-no – and wobbling voices just don’t cut it. After all, what are we a country of great performers for?

The tireless Mr. C told us that PhilPop will “undergo a review – and rightly so – to see if the festival has truly accomplished what it set out to do – and what it can do to improve the festival’s future editions!”