Titan in T-shirt and ‘tsinelas’ 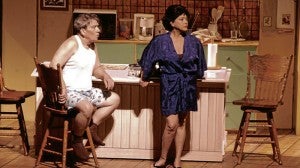 As far as two leading ladies of the stage and screen are concerned, the ferocious titan of an artist known as Mario O’Hara was also a “down-to-earth man . . . always clad in T-shirt and tsinelas (slippers).”

Domingo recalled that she first acted with O’Hara in the play “Open 25 Hours a Day.” “I was a newcomer at the time, still in college.”

On the Dulaang UP stage, Domingo performed with the esteemed thespian several times. “We did plays like ‘Fili,’ ‘Noli,’ ‘St. Louie Loves Dem Filipinos.’ All these plays were directed by another mentor, Tony Mabesa.”

O’Hara finally directed Domingo in an episode of the drama show “Dear Teacher” on TV, which later led to their first film collaboration.

“In 2000, Direk Mario got me to act in his film ‘Pangarap ng Puso,’ the big launch of (former child star) Matet de Leon as a grown-up actress.”

Eleven years later, they were reunited when he directed Domingo in “Sa Ngalan ng Ina,” the comeback soap opera of De Leon’s mom Nora Aunor on TV5. It was O’Hara’s last major directorial job before his passing on June 26 at age 66.

Domingo described their reunion as some sort of a refresher course. “I had to relearn and be reminded of the basic process. It was a refreshing and humbling experience to be taught by Direk Mario again.”

On their first few days on the set, O’Hara called her attention: “‘Eugene, lumalaki ah’ (getting bigger). . . meaning my acting was getting too big for nothing.”

She appreciated his candor and concern. “His instructions were always simple: Understand everything and deliver straight from the heart.”

Another award-winning actress, Gina Pareño expressed gratitude that she got to share the stage with O’Hara in her theatrical debut “American Hwangap” at the Cultural Center of the Philippines two years ago.

“I was always unsure about my performance,” Pareño recalled in Filipino. “But Mario was constantly supportive, reassuring me that I could pull it off. He kept pushing me to do my best.”

Gently, he would remind her to speak louder so that even those seated farthest from the stage would be able to hear her.

Pareño recounted: “I was shaking after our first performance. Backstage, he congratulated me. He said that I did okay . . . that my voice was strong and loud.”

He played her husband in the 2010 play and they shared instant rapport onstage even though it was their first time to work together.

“When she first met him, my daughter Janica (Pareño) immediately liked him,” she related. “I told her that people in the industry looked up to that man.” 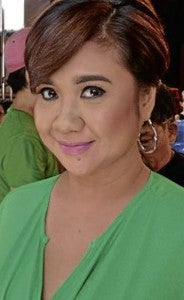 After their rehearsals, Pareño would often see her leading man walking alone from the CCP toward Roxas Boulevard.

Driving her car, Pareño would try to catch up with him. She would plead with him to hitch a ride with her. Without fail, he would decline—insisting that he needed the exercise, that the long walk from the CCP complex to his home in Bangkal in Makati City would do him well.

“On five occasions, I was able to convince him to ride with me. But that was only because it was about to rain,” Pareño recounted.

“That call came from nowhere. He said he wanted to direct me, that he had written an indie movie for me, that we would shoot in October. I got very excited,” Pareño said. “I had no idea he was already ill then. And I was shocked when I heard that he had passed away.”

“I will always remember him as a man wearing white shirt, walking shorts and rubber slippers,” Domingo said. “He was simple, sincere and always ready to help.”

“In my mind, I will always see him as that man carrying an umbrella, walking quietly from CCP to Roxas Boulevard,” Pareño said.

To celebrate his memory, O’Hara’s “Babae sa Breakwater,” which was screened in the Directors’ Fortnight of Cannes in 2003, will serve as the opening film for this year’s Cinemalaya Film Festival which opens tonight.