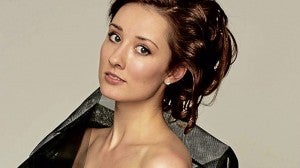 Filipino tenor Dondi Ong is joining the international touring cast of “Phantom of the Opera” for Manila and further seasons throughout Asia.

Ong was picked following a worldwide search for a tenor to join the ensemble. The beloved Andrew Lloyd Webber musical, which Lunchbox Theatrical Productions, Concertus and the Really Useful Group are bringing to the country, premieres Aug. 25 at the Cultural Center of the Philippines.

Ong has played lead and prominent roles in various Filipino plays, zarzuelas and musicals and has travelled to the United States, Europe and Japan to perform for foreign audiences. Local musicians, personally selected by musical director Guy Simpson, are joining the orchestra as well. Auditions were held in Manila earlier this year.

Meanwhile, the Philippine season has been extended until Sept. 30. That’s 16 additional shows, the producers announced on Sunday.

“Phantom” is the longest-running musical on Broadway, and is in its 26th year in London’s West End. It has reportedly been seen by more than 130-million people worldwide. It is the musical’s first staging in the Philippines.

James Cundall, Lunchbox CEO, is sure that “audiences here will embrace this unforgettable show,” with its 130 cast, crew and orchestra members, “jaw-dropping scenery, breathtaking special effects and more than 230 costumes by the late international designer Maria Björnson.”

Added Tim McFarlane, managing director of The Really Useful Group: “This touring production is as fine as any version you might see in the West End or on Broadway.” Filipino journalists watched the production earlier this year in Johannesburg, South Africa and came away impressed.

“Phantom” tells the story of a disfigured musical genius who haunts the Paris Opera House. Mesmerized by a young soprano, Christine, the Phantom claims her as his protégé, unaware of Christine’s love for a long-time beau, Raoul. The Phantom’s obsession sets the scene for a dramatic turn of events.

The role of The Phantom, arguably the most sought-after role in musical theater, will be played by award-winning South African actor—and accomplished concert pianist—Jonathan Roxmouth.

The actress who will play Christine was announced only last weekend: Australian Claire Lyon from Melbourne. She has performed the role numerous times in Webber’s “Love Never Dies,” sequel to “Phantom.”

“Claire is the perfect Christine,” said McFarlane, “a beautiful performer.”