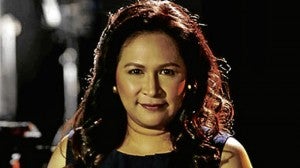 Perhaps it’s true that the marriage of Controversial Celebrity and Long-Suffering Partner is in trouble.

Denials had come swiftly from both CC’s and LP’s camps, but a seemingly innocent photo posted on Facebook seems to confirm the idle talk.

The photo shows LP partying with his family on an important occasion; conspicuously missing is CC. Of course there can be a perfectly logical explanation for that.

But could it be true that LP’s entire clan hates CC? And that CC has been barred from all family gatherings? Uh-oh.

The animosity between Feisty Celeb and Scandalous Personality goes a long way back.

During a party years ago, SP arrived later than the other guests. As luck would’ve it, FC had cornered a prime table, with other high-profile friends, including Respected Colleague. Naturally, SP wanted to be seated there.

RC had to lead SP to another table. SP never forgave FC for that transgression, it seems.

It’s not as if IB was unattractive. Still, she went under the knife several times and the result is jarring.

Cosmetic enhancement is a growing addiction.

SS was aghast to learn that one of her pics was digitally altered to make it more daring and revealing.

SS has a lot of explaining to do to her loved ones.

HP claims that SS is the type he will bring to the altar, while SA is “just a playmate.”

Intrigue-monger scoffs: What about Influential Benefactor? Does gay IB fall under the category “altar” or “boudoir”?

How about the dining room … as in meal ticket?

NEW YORK—French actress Marion Cotillard could have been replaced as a love interest for Christian Bale’s Batman in the movie, “The Dark Knight Rises.”

That’s because she was due with her first child, a son she named Marcel, around the beginning of filming for the third installment in the franchise.

Director Christopher Nolan tells the August issue of Vogue magazine (hitting stores July 24) he wanted to “figure it out.” Most of her scenes were pushed back a month and Nolan made room on set for Cotillard’s family.

Still, he marveled at the Academy Award winner’s ability to do her job so soon after giving birth, calling it “amazing to see” and describing her as “Superwoman.”

Nolan and Cotillard worked together on the 2010 film “Inception.” AP

Zsa Zsa Padilla, asked what she always told Dolphy in his final days: “[Go] home to Jesus. And I assured him we’d be OK, and that I knew he’d see to that once he was in heaven.” (The good die beloved.)

Zsa Zsa on her relationship with Dolphy: “I really just bargained for 10 years. I said, ‘Lord, if I could have 10 years with this man, I would be the happiest [woman].’ But we had more than that, so I’m really grateful.” (With the love of your life, 10 years is but a blink of an eye.)

Bibeth Orteza on Dolphy’s humility: “He’d be the last to say he’s the best comedian.” (So he never did.)

Vandolph, asked what he’d miss about his father Dolphy: “His ways, his scent, his jokes, his hugs … everything.” (Sigh.)

Maricel Soriano on Dolphy: “All the mistakes I made, I want to do again because I’d like him to talk to me as he always did when I had problems. I told him everything.” (Wow, a Daddy on screen and off.) 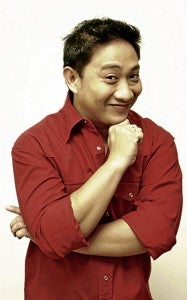 Eric Quizon on the qualities he got from his father: “He was very dedicated to and passionate about his job. I think I imbibed that. He said if I loved my work, it would love me back.” (A lesson everyone needs to learn.)

Vic Sotto on Dolphy: “He ranked higher than all other comedians but he never made us feel that. He regarded everyone as his equals.” (So now we know why Bossing was hit hard.)

Michael V on what he’ll never forget about Dolphy: “The first time I watched him on television. That was one of the reasons I ended up in this line of work. I’d like to follow in his footsteps.” (All of it?)

Janice de Belen, asked if she had been star-struck working with Vilma Santos in “The Healing”: “In one dramatic scene— normally, actors support one another when doing a scene—she said to me, ‘Pa-support.’ I thought to myself, ‘Ate Vi wants my support?” (Ate Vi needs support? Oh, you said that already.)

Lara Quigaman on being married to Marco Alcaraz: “I’m so happy, so overwhelmed … it’s all so like a dream!” (We so got that.)

Show biz columnist Chito Alcid on being confronted by Annabelle Rama in Dolphy’s wake: “This is the ultimate kabastusan!” (Agree! Spin a win!)