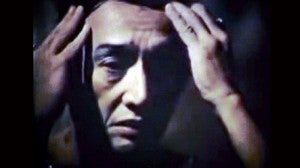 “I love you, thank you for teaching me forgiveness.”

This was Rodolfo Dominguez Quizon Jr.’s “final message” for his father, Philippine entertainment’s comedy king, Dolphy, who will be buried this afternoon at Heritage Park in Taguig City.

Quizon, 57, known in local movies as Dolphy Jr., talked on Saturday with interviewers on a morning show aired live from the wake at Heritage via TV5, the late comedian’s home network.

The message would have made perfect sense to televiewers who had gone to the wake on Friday night and participated in a service led by Bro. Eddie Villanueva of Jesus Is Lord Christian church. Dolphy Jr., an ex-convict, is a pastor of the church.

During the service, Dolphy’s third child in a brood of 18 was introduced as the “black sheep of the Quizon family.” He didn’t look the least bit bothered by the moniker as he told his story.

Clad in a white barong, Dolphy Jr. admitted that he was his father’s biggest problem. “I could tell that his health suffered when I was in jail,” he said.

Dolphy Jr. figured in a sensational arson case in 1981 that led to the death of six people, and for which he was imprisoned and drew a life sentence. He served almost 18 years.

He recounted his journey from son of show-biz royalty to heroin junkie, from convicted arsonist to Christian pastor.

As a child, he craved his father’s attention, Dolphy Jr. confessed. His parents separated in 1963 when he was 8. His mother was the late Grace Dominguez, a former actress. Of six children, Dolphy Jr. was the only one who stayed with Grace.

He became a child star, acting with his father in the 1967 movie “Like Father, Like Son: Kung Ano ang Puno, Siyang Bunga,” with Helen Gamboa as leading lady. In his teens, he starred in his own movies, among them “Anting-Anting ni Ompong” and “Ay Manuela.”

He thought the good times would never end and started buying the love he sought. “I thought friends and drugs were all I needed. I was soon hooked on heroin,” he said, showing needle scars on his arm.

He had given this testimonial before, Dolphy Jr. said, “Dad has heard this.”

In a previous interview, Dolphy Sr. admitted that he was never a perfect father to his children by six different women. “I left the disciplining to their mothers. It’s very difficult when one of your children goes astray,” the comedian said.

Soon enough, Dolphy Jr. learned: “If you have lots of money, you’ll have lots of friends. But just try to land in jail and you’ll lose all of them.”

In 1991, he and two friends, Alfonso Perez (comedian Jerry Pons) and Mario Salvador, were convicted of arson—for the burning of the Greenhills home of actress Mina del Rosario and producer Vic del Rosario.

In his testimonial, Dolphy Jr. repeatedly professed his innocence. His father had believed this as well. In his biography, “Dolphy: Hindi Ko Ito Narating Mag-Isa (I Didn’t Get Here On My Own)” by Bibeth Orteza, the comedian said his son’s only crime was that he was a drug addict.

“He knew I was not guilty because we were together the night of the fire,” Dolphy Jr. said on Friday. “I was wrongfully convicted.”

He rebelled inside the penitentiary. “I felt my life had ended anyway.” He looked forward to his dad’s visits only because he got an allowance with which he could buy his new drug of choice, shabu. “Everything is available in prison if you have cash,” he said. “I once went for two weeks without food and sleep.”

He related that his father confronted him on one such visit: “Bakit bulol ka (why is your speech slurred)?”

Thankfully, his father didn’t give up on him, Dolphy Jr. said, with a slight catch in his throat.

One night, in a drug-induced stupor, he turned on the black-and-white television set that he had in his cell and “tripped” on a gospel show. The speaker was Bro. Eddie.

Dolphy Jr. recounted: “He started talking about my life. I wondered who had told him. At the end of the program I was kneeling in front of the TV, weeping.”

This was in 1994. “I avoided vices and gangs in jail. I started reading the Bible.”

Four years later, he was pardoned, when Joseph Estrada was President.

“On Sept. 28, 1998, I was released,” Dolphy Jr. said. “I remember standing outside Muntinlupa penitentiary, in the clothes that my dad had sent for that day—all-white, so I’d look good, he said—holding my release papers and feeling so afraid, I started weeping again. Only months before that, my wife had visited only to say she wanted to marry another man. So I had no home to go to.”

Dolphy Sr. was recovering from a heart bypass, so the returning black sheep waited a while before visiting.

“He was very thin,” Dolphy Jr. said. “We both cried. Soon I was asking for his help yet again, to set up a modest business. He said he had spent a lot on the surgery and had no cash. But he gave me four hectares of land to sell.”

He knew nothing about real estate. Providentially, he met a broker who agreed to help in his new venture. “Problem was, every time we met, he would read the Bible to me. I wondered how we could sell the property if all he wanted to discuss was God.”

This fetched a good deal of laughter from his listeners and Dolphy Jr. had to pause for a while. Then he said the broker paved the way to his ministry. “We became friends. He encouraged me to speak to congregations all over the country and even abroad.”

Once he visited his father with good news. “I told him I was going to Japan,” he said. The reaction he got was vintage Dolphy.

“He asked who would pay for my ticket. I said, ‘Jesus.’ He said, ‘Ang gulo mo kausap (It’s impossible to have a sensible conversation with you)!’”

Still, their bond remained strong till the comedian’s passing on July 10.

“I had not given up. I was still asking God for a miracle,” Dolphy Jr. recalled. “Of course I was enlightened, eventually.” He apologized to Zsa Zsa in public during one of the services at the wake.

Recently, Dolphy Jr. made a comeback via the TV5 soap opera “Babaeng Hampas Lupa.” During the interview on Saturday, he profusely thanked the network and its chair Manuel V. Pangilinan.

“Imagine, even when my dad could no longer work, he was still getting a salary,” he said tearfully.

In his biography, Dolphy Sr. related: “I sent Dolphy Jr.’s eldest Ryan to school. He is now an engineer. One Christmas, he gave me a gift: Money. It wasn’t the amount [but the thought]—I was touched. God is good.”