Now you see them, now you don’t 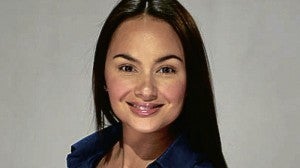 Our recent article on the reappearance of the top TV news anchor Pia Hontiveros on Solar TV’s evening newscast has prompted some TV buffs to ask for the return of other sorely-missed personalities, whose current absence from the small screen has saddened them.

For instance, some fans of Donita Rose, who’s no longer visible on early-morning TV, say that they miss seeing her lovely face on a daily basis.

In addition to her good looks, Donita’s heart is in the right place and she speaks with authority about what young mothers like her feel and think.

Perhaps in her next TV outing, she can effect a major makeover to freshen up her on-screen projection? She’s clearly too young and good at what she does to be put up on the shelf for keeps.

Ditto for lovely young spark plug and feisty firecracker Nikki Valdez, who should also be seen onscreen on a regular basis. Just last week, we caught her “guest-cooking” on Janice de Belen’s show, “Spoon,” and she more than held her own against Janice as a cook and entertaining ad-libber.

Nikki may already be a young mother, but she retains the exuberance of youth which, combined with the wisdom she’s gained from life itself, makes her an unusually viewable performer and person.

She definitely should be seen on TV on a more regular basis, either in a teleserye, a comedy show or daily chatfest. Or why not all three?

Other personalities some viewers want to see more often on the tube, as themselves or as characters in a scripted series, include Amy Austria, Mitch Valdes, Ina Feleo, Giselle Sanchez, Robert Seña, Ricky Davao, Tirso Cruz III and Ronaldo Valdez.

How eventful TV would be with all of them in regular acting harness once again!

Tessie Tomas is a different case in point: She’s been acting in a number of teleseryes of late, and doing quite well as a “serious” actress, too. But some of her fans hope that, before the year is over, she’ll find time to go back to her comedy impersonation and satirical roots, just to “show people who’s still in charge.” Pretty please, TT?

As for Eugene Domingo, she’s become a hit movie star, but a fan recalls that she had her start in the theater and hopes she can do a play again soon.

Well, don’t look now, but Eugene is topbilling a stage production soon. It’s Peta’s stage adaptation of Lino Brocka’s film, “Bona,” which featured the Nora Aunor in the title role and in one of her very best portrayals.

But fans shouldn’t expect Eugene to do a Nora in Peta’s version of “Bona,” which is reported to be quite different in tone from Brocka’s little masterpiece. It’s being played more for laughs and satire than for dead-serious drama. Hmm, intriguing!