Uncle Robin Padilla to Daniel: Savor every moment with your dad 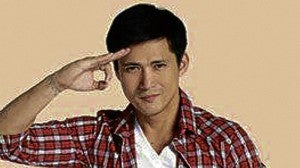 “I’m jealous … because he became popular while his father is still alive and able to guide him,” explained Robin. Daniel is the son of Robin’s older brother and fellow actor Rommel and actress-singer Karla Estrada.

Robin’s father, Carlos Roy Padilla, passed away without witnessing Robin’s success as an actor. “He would have been proud [of me], as Rommel is very proud of Daniel right now.”

Daniel stars in the top-rating fantasy-drama series “Princess and I” on ABS-CBN, and recently released a self-titled, six-track EP on Star Records, which is currently No. 1 on the Odyssey charts.

Robin gave Daniel this piece of advice: “Savor every moment you have with your father. Tell him everything that’s on your mind. Learn from him as much as you can. I grew up a rebel; I didn’t like people telling me what I should or shouldn’t do. But every child actor needs guidance.”

Needless to say, Robin is proud of his daughter Kylie, whose afternoon series, “The Good Daughter” on GMA 7, has been rating well. 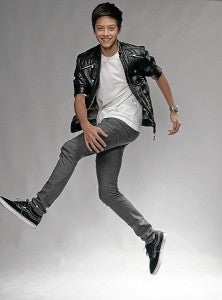 “Kylie has achieved something great on her own, and she did this while we’re working in different networks,” Robin said during a media gathering to launch him as “ambassador” of  555 Tuna’s “Para sa Katawang Palaban” campaign.

He is seen regularly in the Kapamilya sitcom “Todo Max.” The shooting of his latest drama series with Kris Aquino and Anne Curtis, “Kailangan Ko’y Ikaw,” will resume on July 23, he said.

He kept mum about Kylie’s rumored breakup with actor Aljur Abrenica, but said he always tried to be close enough to anyone that any of his daughters cared about “to make sure I know their true intentions.”

Robin said he celebrated Father’s Day by taking Kylie out to dinner. He said he got to speak with his other kids Queenie, Zhen-Zhen and Ali, who are all in Australia with ex-wife Liezl.

He may be a proud and doting dad but, Robin confessed, he still finds it difficult adjusting as husband to TV host Mariel Rodriguez. “I’ve always struggled with my temper,” he said. Mariel is very sensitive; she is easily affected by this.”

Their planned reality show has been pushed to the back burner. “We pitched it to Channels 5 and 7,” Robin said, “but I guess they’re not interested in seeing two people so in love with each other on television. This will have to wait.”

What about a baby? “That will have to wait, too,” he replied. “We’re okay with just the two of us for now.”