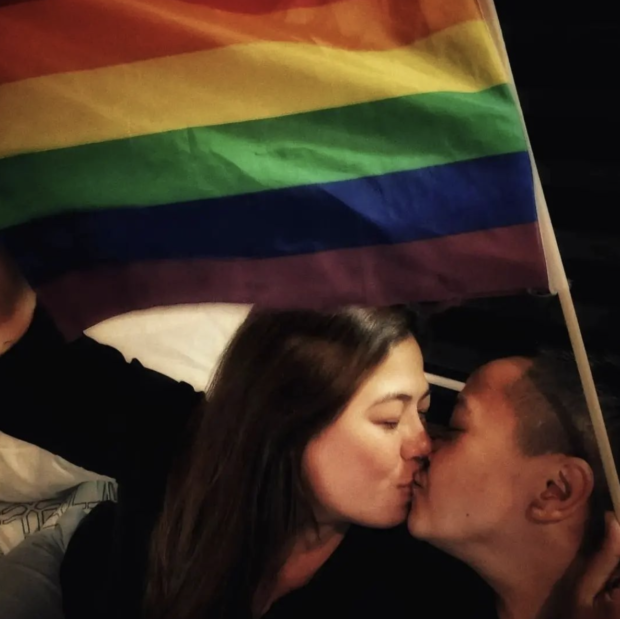 Ice Seguerra minced no words and addressed senators when he called for the passage of the Sexual Orientation, Gender Identity and Expression, and Sex Characteristics (SOGIESC) Equality Bill in the Senate.

SOGIE bill garnered the “immediate support” of 19 out of 24 senators during panel deliberations last December, according to Sen. Risa Hontiveros, principal author of the bill, which aimed to address gender-based discrimination and violence based on a person’s sexual orientation. The bill has been languishing in the Senate since the 17th and 18th Congress.

But while the bill merited enough support from senators for it to be discussed in the plenary, Seguerra claimed there are attempts to delay the measure’s passage to the plenary and revert it to the committee.

“URGENT ALARM, MGA LGBTQ+ AT MGA ALLIES: There are attempts to delay, ONCE AGAIN, the SOGIE Equality Bill from being deliberated in the Senate Plenary,” Seguerra began. “Mga bakla, all eyes on the Senate tomorrow at hanggang mapasa ang batas.”

(Urgent alarm, LGBTQ+ community and allies. There are attempts to delay once again the SOGIE Equality Bill from being deliberated in the Senate Plenary. Gays, all eyes on the Senate tomorrow and until the bill will be certified into law.)

In particular, Seguerra asked his followers to use all forms of social media to call on Senate President Juan Miguel Zubiri and Majority Floor Leader Joel Villanueva not to block the passage of the SOGIE bill.

Villanueva, while supporting of “civil unions,” is among the senators who are vocal against the measure, saying the bill might be a threat to religious freedom. He earlier said that the SOGIE bill might not be the “right” measure to prevent the discrimination of members of the so-called “third sex”, and vowed to enact a law that would be “more encompassing.”

The two wed in December 2014 in California, in the United States where same-sex marriage is considered legal. EDV