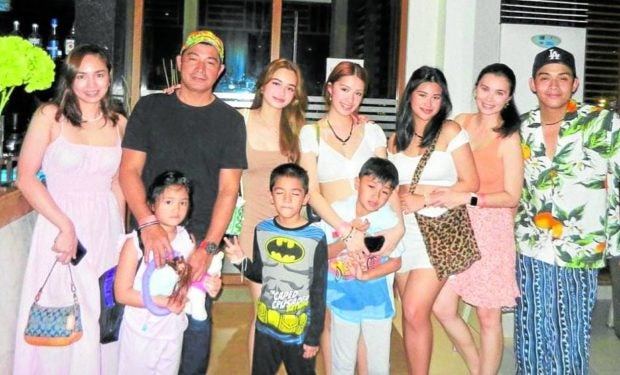 After their yearslong rift and seemingly endless back and forth, ex-couple Sunshine Cruz and Cesar Montano have finally found “peace” and “forgiveness.”

“It has been 10 years since we separated. A wound, no matter how deep, eventually heals. And in God’s perfect time, we both healed,” Sunshine said in a recent virtual conference for the GMA 7 afternoon soap “Underage.”

The journey to reconciliation began last year, she revealed, and she couldn’t be happier to see her daughters—Angelina, Chesca and Sam—rekindle the bond with their father.

“As a mom, how can I not be happy with what happened? The children are happier now [after Cesar and I patched things up]. They even say in interviews that having a relationship with their dad has given them peace in their hearts,” she said.

Sunshine welcomed the new year with her three kids, as well as Cesar’s family with his current partner Kath Angeles. “When they learned that we were planning to spend the holidays in Bohol, they asked if they could join us. And I was like, ‘Why not?’” the 45-year-old actress related.

Sunshine also expressed gratitude to Kath, who welcomed the former’s children with open arms. “It’s heartening to see that Cesar’s partner is such a kind person. She loves my children and wholeheartedly accepts them. I’m happy that my children and theirs now have a relationship,” she said of Kath, who has two sons and a daughter with Cesar—Liam, Samuel and Kristen.

“Now, my children can seek guidance not only from me, but also from their father and their Tita Kath,” Sunshine said.

“Pass!” she quipped, laughing when asked about her heart’s “current state.” “I’m happy and I feel blessed. My family is here for me. I’m OK naman. Everything that happens in my life, the experiences I go through… they will only make me stronger. That’s all I can say!”

Sunshine and her children are no strangers to online bashing. And if there’s anything she has learned from dealing with random haters on social media, it’s this: Choose your battles. 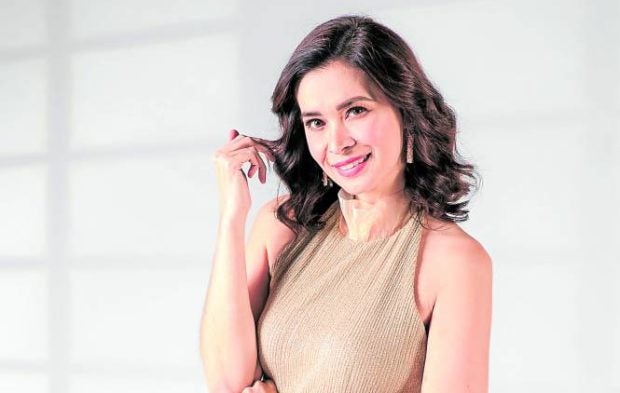 “It seems like we’re intrigue magnets… But I always tell my children to choose their battles and not let all the negativity get the better of them. And if they feel the need to say something, I tell them to let me handle it for them. I will defend them forever,” she said. “As a single mom, they’re used to me protecting them.”

Sunshine feels lucky to have raised level-headed children who can hold their ground. “There are people online who make fun of my kids, but they can handle it. I raised them to be tough individuals. They know that they don’t have to respond to every single thing or rumor about them on social media because, in the end, truth prevails.”

“I mean, just recently, I saw rumors that I’m pregnant with my fourth child!” she said. “But I just pray for strength… that we may be able to take whatever people throw at us.”

Sunshine also cautions her children about seeking validation online. “Don’t rely on social media for your happiness… Not everything needs to be shared with people on the internet,” she pointed out. INQ

Sunshine Cruz to Cesar Montano’s partner: ‘Thank you for being a wonderful tita to my girls’