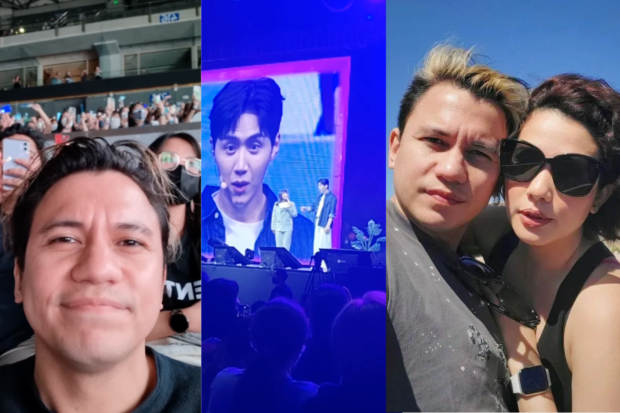 Karylle is one supportive wife as she bought a ticket to Korean actor Kim Seon-ho’s Manila fan meet for her husband, Spongecola frontman Yael Yuzon.

Yuzon was among the thousands of fans who witnessed the “Hometown Cha-Cha-Cha” and “Start-Up” star in the flesh last Jan. 22, as seen on his personal Instagram account on Monday, Jan. 23. The musician shared glimpses of his experience at Seon-ho’s event, where he participated in a series of fan-made challenges and performed for fans.

“#TeamGoodBoy… Thanks sa (for the) [g]ift @anakarylle and thanks sa good vibes lodi (for the good vibes idol) @seonho__kim,” Yuzon said in the caption.

Karylle, as seen in the comments section of Yuzon’s post, revealed that she bought a ticket for her husband at the “last minute.”

(I bought a ticket for my husband’s first face-to-face fan meet at the last minute. So, I was panicking since he was initially in denial that he desperately wanted to go. And of course, I entered a raffle so he can be closer to Seon-ho.)

The actress-singer admitted that getting a fan meet ticket for Yuzon was done “for love.”

“I will file this under THINGS I DID FOR LOVE,” she said. “Thanks for the help @callmemakeu kasi di ko talaga alam san ako hahanap ng magandang ticket na super super last minute.”

(I will file this under things I did for love. Thanks for the help @callmemakeu since I don’t know where to find a good ticket at the last minute.)

Fans also congratulated Yuzon for having the chance to witness Seon-ho in person.

“YAAAAAY! Thaaank you so much for supporting our good boy, Sir Yael! Really love the song you made for him [heart emoji] Glad that I saw you last night too,” one fan wrote.

“It was so great to see you there,” another said. 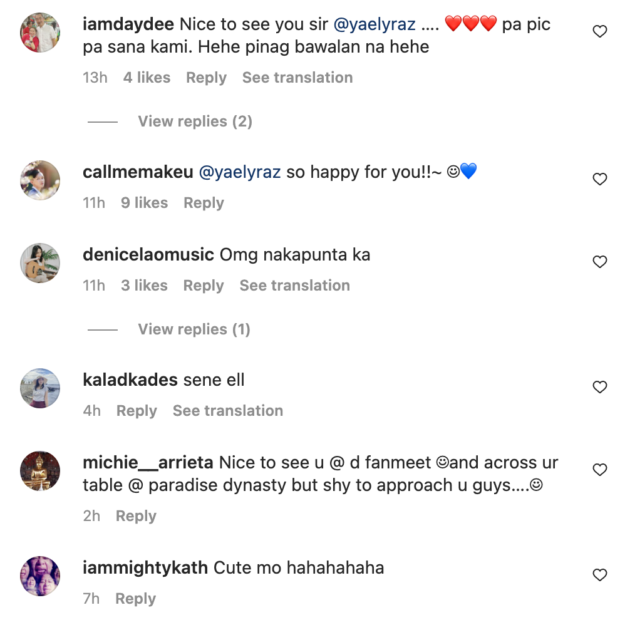 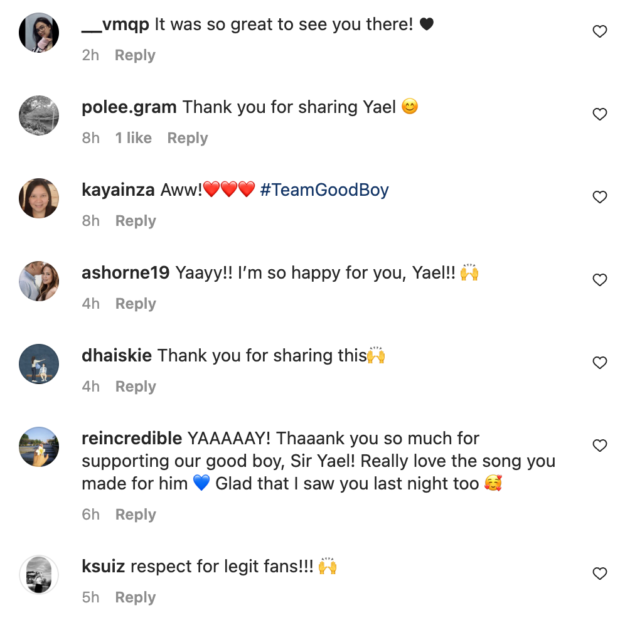 Seon-ho, who is best known for his roles in “Hometown Cha-Cha-Cha” and “Start-Up,” is set to star in the upcoming film “The Tyrant” which will be released within this year.

Spongecola marked its 20th anniversary by dropping the single “Hometown” in December 2022, which was inspired by the hit K-drama “Hometown Cha-Cha-Cha” starring Seon-ho and Shin Min-ah.

Yuzon and Karylle tied the knot at a floral-themed ceremony in Silang, Cavite in March 2014. EDV

WATCH: Karylle, Yael Yuzon sing their hearts out like Aladdin and Jasmine at Tokyo DisneySea

Kim Seon-ho returns to Instagram 7 months after his hiatus