The biggest showbiz news that made headlines from Jan. 13 to Jan. 19 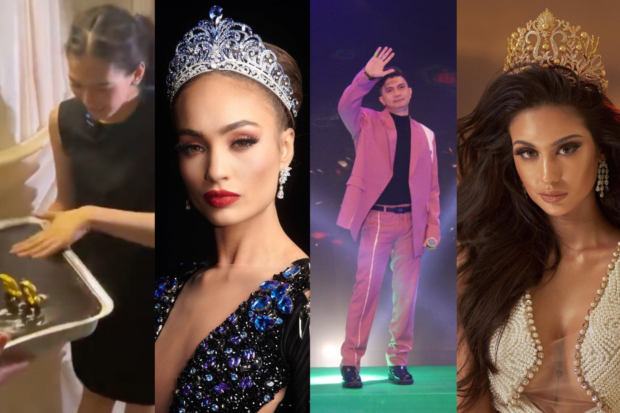 The month of January is still on a high for the local Marites, as some of the biggest names in the entertainment industry took over the headlines for an icing-smearing controversy, a comeback of a noontime show mainstay, and the loss and victory at the Miss Universe 2022 pageant.

To refresh your memory, take a look at some of the most explosive showbiz headlines from the week of Jan. 13 to Jan. 19. 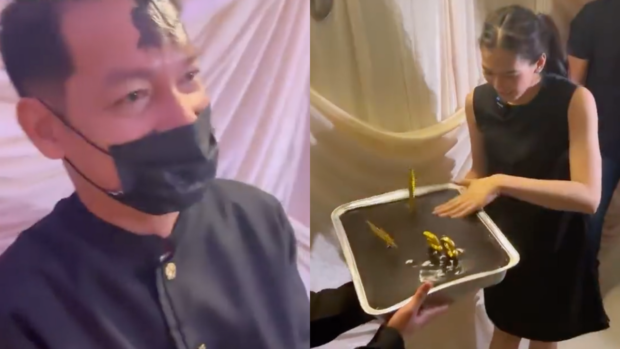 In case you haven’t caught up, Alex Gonzaga was at the receiving end of criticisms after a now-deleted video of her smearing cake icing at a waiter caught the attention of netizens on social media. The now-deleted video, uploaded by Dani Barretto on her personal Instagram account last Jan. 16, showed the actress-vlogger smearing the icing on the forehead of a waiter at her 35th birthday party.

The original video might have been deleted by Barretto herself, but netizens were quick to re-upload the video on social media. And of course, celebrities and content creators like Mo Twister, Janina Vela, Arshie Larga, and Kris Lawrence gave their two-cents about the issue.

The incident soon spread like wildfire, leading to Alex eventually apologizing to the waiter in the video, who was addressed as Allan Crisostomo by the family’s publicist in a statement via TV5’s MJ Marfori. Her husband, Lipa City councilor Mikee Morada, also came to the actress-vlogger’s defense in a separate post, where he called out netizens for their alleged “rude behavior.” 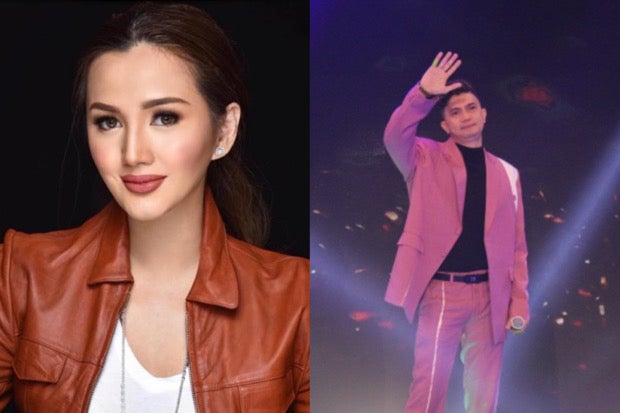 Vhong Navarro may have returned to the weekday noontime variety show “It’s Showtime” last Jan. 16, but model Deniece Cornejo appeared to be unhappy about his comeback.

Cornejo, who accused Navarro of drugging and raping her inside her condominium unit in 2014, chimed in the “rhymes with wrong” hashtag coined by Kat Alano as she shared an “It’s Showtime” teaser on her personal Facebook page.

“Madlang People! Anong inaabangan niyo ngayong Lunes? (What are you looking forward to this Monday?) Wrong answers only!” Cornejo’s post said. The post, however, has already been deleted from her account, as of this writing. 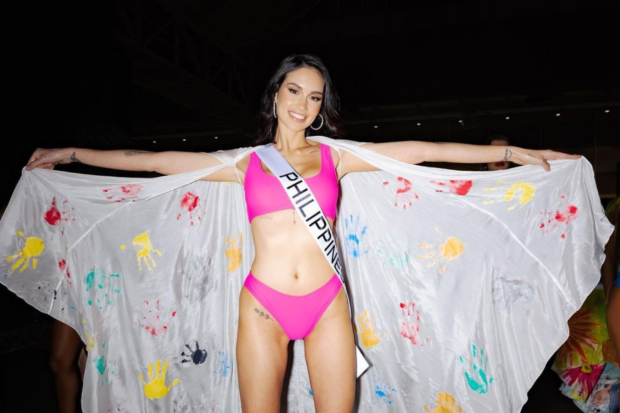 Despite her early loss in the Miss Universe 2022 pageant, the Philippines’ very own Celeste Cortesi was named as one of the favorite candidates to bring home the title by pageant observers.

Beauty pageant platform Missosology chose Cortesi as its second top pick for the 71st Miss Universe crown, while first runner-up Amanda Dudamel of Venezuela was its favorite to win the title.

Eventual winner, R’Bonney Gabriel of the USA, emerged on the sixth rank on the platform’s “Final Hotpicks” list. 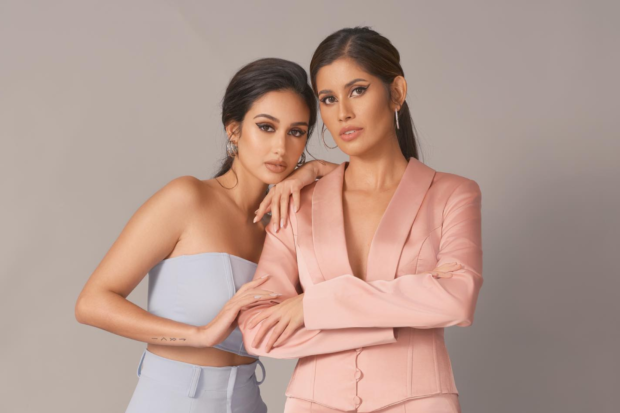 Celeste Cortesi’s early exit from the 71st Miss Universe pageant was described by Miss Universe Philippines (MUPh) national director Shamcey Supsup as a lesson in humility, according to her Facebook post last Jan. 16.

Supsup also admitted that the MUPh organization was reminded of the Miss Universe Organization’s renewed purpose under the wing of Thai business mogul Anne Jakrajutatip, adding that their work in empowering women would continue on.

The new era of Miss Universe cemented its thrust on breaking stereotypes and embracing diversity. Apart from the glitz and glamor, we are again reminded of the true essence of this platform,” she added.

Despite Cortesi’s loss, the MUPh national director said the organization’s work in uplifting women will carry on.

“The new era of Miss Universe cemented its thrust on breaking stereotypes and embracing diversity. Apart from the glitz and glamor, we are again reminded of the true essence of this platform,” Supsup said in her post. “Our work continues to be a venue for women to find a purpose larger than themselves and to use their collective voices to create an unstoppable force for GOOD.” 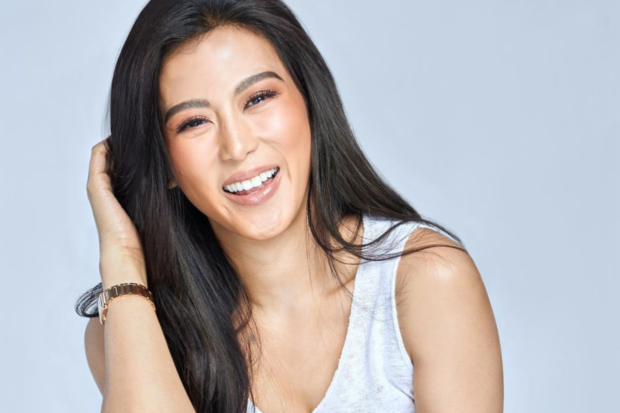 Allan Crisostomo, the waiter identified in the viral icing-smearing video involving Alex Gonzaga, was described as a friend of the Gonzaga and Soriano families, according to former’s publicist Peter Ledesma via TV5’s MJ Marfori.

Ledesma then clarified that Crisostomo had always joked around with the Gonzaga family since he has been serving them for years. He also added that Alex would never smear icing on a face of a person that she doesn’t know.

(Allan had always joked around with Mommy Pinty and Gonzaga since he always serves them. This is why when he greets them on special occasions, he is friendly towards them.)

The family’s publicist also clarified that Alex was not drunk in the birthday video, which was posted by Dani Barretto on her Instagram Stories, as to what “detractors and bashers” claimed.

(Alex would never joke around and smear cake icing if she doesn’t know the waiter at all. He has always been used to Alex’s antics and jokes. This is the side of Mommy Pinty who knows the side of her own daughter. And one more thing, Alex was not drunk as what her detractors and bashers would claim.) 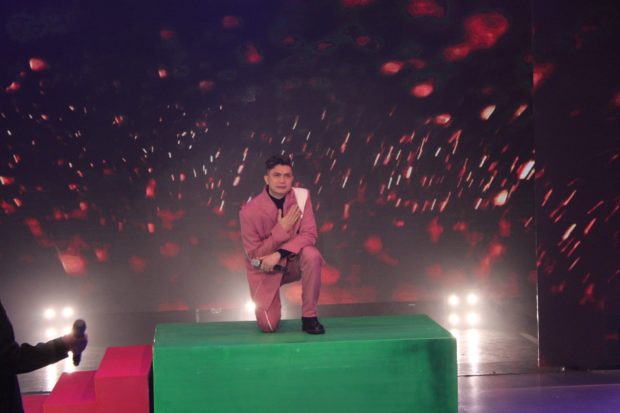 Vhong Navarro is back on It’s Showtime. Image from Twitter / @itsShowtimeNa

The motion, issued by Judge Loralie Cruz Datahan, said that the motion for reconsideration with a motion to inhibit “lacks merit.”

The RTC also stressed that its decision was made without “any conformity” with the Office of the City Prosecutor of Taguig City. The court also added that Cornejo “merely furnished” the public prosecutor with a copy of the motion for reconsideration.

Navarro, who made an emotional return in the Jan 16 episode of noontime variety show “It’s Showtime”, was ordered detained at the National Bureau of Investigation facility in Manila for two months. In December 2022, he was released on bail after paying P1 million. 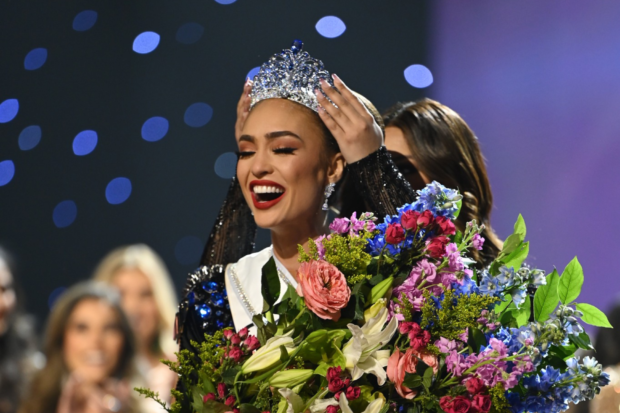 Gabriel bested 83 other candidates to succeed Harnaaz Sandhu of India, one of the longest-reigning Miss Universe titleholders in history. The beauty queen, who works as a fashion designer, marks the first win of the United States in the Miss Universe pageant after 10 years.

During the pageant’s final question-and-answer round, Gabriel said she hopes to be a “transformational leader” during her Miss Universe reign.

“I would use it to be a transformational leader. As a very passionate designer, I’ve been sewing for 13 years, I use fashion as a force for good. In my industry, I’m cutting down on pollution through recycling materials when I make my clothing. I teach sewing classes to women that have survived from human trafficking and domestic violence,” she said. “And I say that because it is so important to invest in others, invest in our community and use your unique talent to make a difference. We all have something special, and when we plant those seeds to other people in our life, we transform them and we use that as a vehicle for change.”

Meanwhile, the Philippines’ own Celeste Cortesi failed to advance to the 71st Miss Universe’s Top 16, ending the country’s 12-year semifinal streak in the pageant. EDV

Alex Gonzaga and the harmful side effects of fame