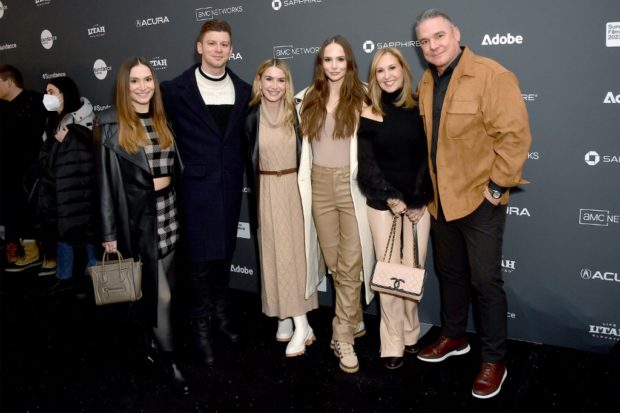 PARK CITY, United States—Indie filmmakers and Hollywood stars pulled on their snow boots and headed to the mountains of Utah for the first time in three years, as the Sundance festival returned Thursday, Jan. 19.

Co-founded by Robert Redford and held in wintry sub-zero temperatures at an altitude of 7,000 feet (2,150 meters), Sundance’s screenings and panels are a key launching pad for the coming year’s top independent and documentary films.

Recent editions have taken place online because of Covid, and Sundance is now the final major film festival to re-emerge from the pandemic.

Despite—or because of—headwinds facing the market for films aimed at adults and arthouse movie theaters, suspense has been growing among returning Sundance veterans and first-timers alike.

“It’s just exciting to be back at the mountain,” said Sundance CEO Joana Vicente at a press conference Thursday.

“It feels a little surreal to be back,” director Nicole Newnham—whose previous Oscar-nominated documentary “Crip Camp” debuted at the last in-person festival in 2020—told AFP.

Her latest, “The Disappearance of Shere Hite,” tells the astonishing but forgotten story of the author of “The Hite Report”—a pioneering survey on female sexuality that sold millions of books but triggered a furious backlash from conservatives.

It is one of several major documentaries this year tackling sex and politics, along with “Judy Blume Forever,” which charts how the US author guided a generation of young girls through puberty, but also came under attack from activists.

Brooke Shields will attend Sundance as the subject of “Pretty Baby,” which addresses the sexualization of young girls via the supermodel’s own journey.

“I’m really honored to be included in the festival this year… the fact that there’s such a strong showing of films about women’s sexuality and women’s issues is really heartening,” said Newnham.

Documentaries are typically Sundance’s bread and butter, and this year Jason Momoa narrates “Deep Rising,” an eye-opening and unsettling look at the race to harvest the ocean seabed for rare metals under the guise of furthering the “so-called green revolution.”

Other timely and prominent themes in the documentary lineup include films about Ukraine and Iranian women.

While Sundance skews to low- and mid-budget films, dozens of Hollywood stars will make the trek to Park City for a number of high-wattage premieres.

On Thursday’s opening night, “Game of Thrones” star Emilia Clarke and actor Chiwetel Ejiofor will attend the world-first screening of “The Pod Generation,” a near-future social satire in which a company has invented a detachable womb, enabling couples to share their pregnancy.

Later in the week, Anne Hathaway stars in “Eileen,” about a young secretary working at a prison who befriends a glamorous counselor with a dark secret.

Emilia Jones returns to the festival that first played her best picture Oscar winner “CODA,” with “Cat Person,” adapted from a New Yorker short story, and “Fairyland,” based on a best-selling memoir about San Francisco’s AIDS crisis.

And program director Kim Yutani predicted audiences will be “stunned” by Jonathan Majors’ intense and transformative performance in “Magazine Dreams,” set in the dangerously competitive world of amateur bodybuilding.

Some Sundance movies have already been acquired by major studios, but 80 percent of the lineup will hope to launch bidding wars in Park City if they are well-received by festival audiences.

But in a supposed new era of belt-tightening for the likes of Netflix and Warner Bros, who have curtailed the seemingly infinite splurges on streaming content of recent years, the focus could be more on the future of filmmaking.

Sundance stands out from other festivals with countless examples of “directors getting their next gig, or people meeting their next collaborators on the shuttle” between venues, said Yutani.

“We’re here! I already feel the energy just walking through the festival headquarters and running into filmmakers,” she added.