For Ebe Dancel, music is a ‘photograph in words’ as he reflects on 20th anniversary of Sugarfree’s ‘Sa Wakas’

For Ebe Dancel, music is a ‘photograph in words’ as he reflects on 20th year of Sugarfree’s ‘Sa Wakas’ 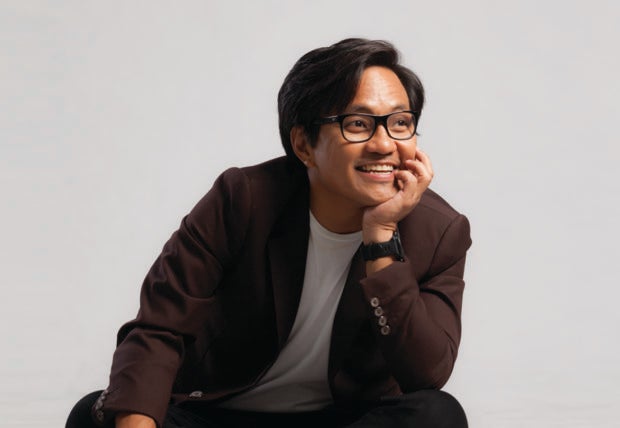 It’s been 20 years since Sugarfree pored over the meaning of heartbreak in “Sa Wakas,” a record that captures the nuances of a tried-and-tested formula in Original Pinoy Music (OPM).

Having a broken heart is a common theme in OPM. But there’s something honest about “Sa Wakas” that paints a relationship gone sour in your twenties as a horrifying and painful epiphany — even if it’s been released in 2003. But for Sugarfree’s frontman Ebe Dancel, the album is a reflection of how music can be seen as a “photograph in words,” depending on the listener.

“Subjective kasi ang reception to music. For me, music is a photograph in words. Kapag babalik ka sa (If you’re coming back to a) reunion and you’re going to be like, ‘Oh, I remember this time when I was happy or sad or broken,’” he told INQUIRER.net in a virtual roundtable. “How anyone interprets songs is theirs and theirs alone. I know why I wrote my songs. But sometimes, the moment you release a song, it is open to interpretation.”

“Sa Wakas” is one of Sugarfree’s most popular albums, even after their disbandment in 2011. It was a favorite among hugot-driven listeners that an independently-produced musical inspired by the rock band’s history was brought to life in 2013.

Despite this, Dancel said it doesn’t matter if fans forget the singers or minds behind the album.

(For me, it doesn’t matter if fans forget the band who produced the album, or how I look, or my name 20 or 30 years from now. It doesn’t even matter if they forget the name of the band. A lot of fans are passing the old music to their kids. I guess this is what we can do for the music to live on.)

Since “Sa Wakas” touches on heartbreak, Dancel admitted that he views sadness as a faithful companion to his music. However, he soon realized that hope is also helpful in bringing songs to life.

(I still get sad easily. But now, I appreciate the value of hope, faith, and that better days are coming ahead. ‘Bawat Daan’ is a complete opposite of my songwriting compared to Sugarfree’s first album. I am steady now. I have a clearer understanding of the concept of music.)

Fans play a huge role in passing on Sugarfree’s music to a younger audience. As OPM expanded its roots to different sub-genres, Dancel believes that artists can appreciate their music by simply writing.

“We write our own records,” he said, looking back on Sugarfree’s roots. “But if you’re going for an international market and you can write English songs, that’s the best way to go. If you can write in Ilocano and Bisaya, whatever language you can translate your ideas,” he added.

Aside from songwriting, Dancel said musicians must “keep your head down” if they want to last long in the industry.

“Just put your head down and keep working. As long as you are sincere in what you do, then God will always be there,” he said.

The rock band disbanded in 2011, and returned with Taguibao and Quisimbing in 2020. EDV

New role gives Ebe opportunity ‘to give back’