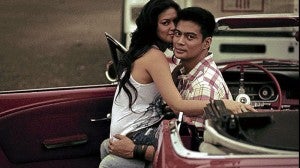 Most of the wedding entourage are family and friends of the couple. Among the principal sponsors, the only show biz insiders are manager Noel Ferrer and TV execs Cory Vidanes and Lilybeth Rasonable.

Among the bridesmaids are actresses Valerie Concepcion, who introduced Precious and Marco three years ago, and Maja Salvador. Actors Luis Alandy, Gerald Anderson, Jason Abalos, Alfred Vargas and TV director Dominic Zapata are part of the entourage, too.

Surely, Lara, who set up an events-party planning company with friends, has pulled out all the stops to make her own wedding day truly memorable.

Popular Sweethearts seem to be the latest casualties in the raging network war. 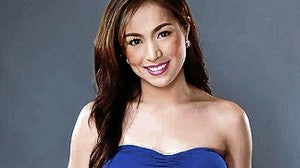 As luck would have it, the rival company of PS’ home studio took charge of mounting the production for a major firm.

PS’ participation in the show was allegedly ordered excised from the TV version. The names and pictures of PS were deleted from the TV airing, too.

The Comic Colleagues of PS in the same company, however, were allowed to appear in the TV airing because they weren’t tied down by an exclusive contract unlike PS.

What was supposed to be a congenial gathering became a battlefield for industry titans once again.

Turned out Controversial Insider quarrelled not only with Handsome Actor, but with other stars as well.

CI was purportedly sacked from a splashy project because of HA’s complaints. (CI became too insistent and overstepped certain boundaries, HA protested.)

Apart from HA, Veteran Villainess also didn’t approve of CI who could be tyrannical on the set.

VV and HA purportedly joined forces with another co-star, Junior Villainess, in convincing bosses to get rid of CI.

Hunky Actor is now retired from the biz.

HA still looks as delicious as ever, said the spy, but he now sports an earthier, more rugged, sun-kissed look. “HA looks like a gentleman farmer,” said the source.

According to the grapevine, HA cultivated a piece of property in the province – a gift from Wealthy Benefactor – and, through sheer hard work, developed the farm into a lucrative enterprise.

Talk about living off the fat of the land. WB must be proud of HA. 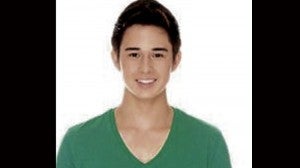 Among his mentors were Roeder Camañag (musical theater) and Nazer Salcedo (voice).

A product of the “Pinoy Big Brother” reality search, Ivan insisted on commuting, riding jeepneys to and from the workshop venue.

“He said he wanted to experience a normal life. He didn’t want to be treated like a celebrity,” said a Gantimpala insider. “He was also open, cooperative and a fast learner.”

He bagged the role of Haring Fernando in his batch’s recital production of “Mga Awit ng Ibong Adarna.”

The top show biz news in the Inquirer tabloid Bandera (and why we are moved if we are moved):

Dahil kay Ruffa, “Paparazzi” nawala ang tapang (And she seems to have forgotten how she was treated on her last day on “The Buzz.”)