‘X-Men ’97’ will be a nostalgic trip in current times 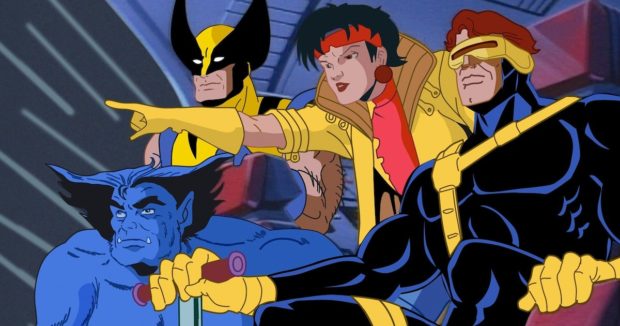 A long time ago, we all watched “X-Men: The Animated Series,” which initially got many people interested in reading comic books about the X-Men. The television debut of “X-Men: The Animated Series” took place in the very early 1990s, not long after the now legendary comic book artist Jim Lee had given the X-Men a new lease on life with X-Men #1, which would become Marvel Comics’ number-one selling property with the highest number of copies sold in its publishing history.

The X-Men animated series could not have debuted at a more opportune moment. The groundbreaking show made its broadcast television premiere on FOX as part of the network’s lineup of cartoons; not long after that, it was picked up by syndication and began airing on various channels worldwide.

When I reflect and look back, we were very fortunate that it was broadcast on one of the local channels at the time; however, it was pulled from the air for a while due to concerns about its violent content. Indeed, adults of a certain age needed to comprehend its appeal, why children enjoyed it, or why people of my generation would watch it on a near-constant basis.

Many years later, everyone understood how important it was to appreciate the X-Men animated series for what it is. Why so? At the time, only two cartoons based on comic books were comparable in terms of the authenticity of the source material, which were comic books.

Moreover, “X-Men: The Animated Series” came as close to the source material as possible regarding the characters, story arcs, and events, which is why the show became such a massive hit with youth and comic book readers alike. In short, they respected the comic book readers and collectors by not distancing themselves from what the show is based upon, and by doing so, they allowed people who were new to the X-Men to understand why the comics were worthy enough to be made into animation and shown on broadcast television.

On a related note, we were moving into a new era of animation, giving popular comic books a fair chance to transition into an animation style that was not silly, campy, or childish. The X-Men animated series worked to establish itself and prove there was a place for it on network television. Not soon after, many other comic-book-based animations produced by different studios started to appear and make their respective debuts. In the end, half the credit went to the X-Men animated series for opening the eyes of studios, networks, and channels to the fact that shows based on comic books are a rating draw and can appeal to young and older audiences.

This brings me to the great news! There will be a continuation of the original run of “X-Men: The Animated Series.” Upon first finding out about this exciting development, it became further proof that the ’90s era of pop culture in terms of animation has made a comeback, but, for me, this is not only a nostalgic trip down memory lane but a reminder that the quality of the animated shows in the ’90s is far superior to many of those that we have now. This is why the animation style of the ’90s is getting revisited and given a chance once more to shine in the current entertainment era.

Lastly, perhaps the most important to know as well. Almost all of the original voice actors for the X-Men animated series will be reprising their roles, including fan favorites such as Wolverine, Gambit, Beast, Jean Grey, Bishop, and others. Besides the return of all the favorite X-Men characters in their updated animation design, a few classic villains are also returning. On the villains’ side, Mr. Sinister and the Hellfire Club will be the primary antagonists in Season 1.

Disney+ is the only streaming service to carry “X-Men ’97” and show it exclusively to its subscribers. In the US, its premiere will be in the fall.