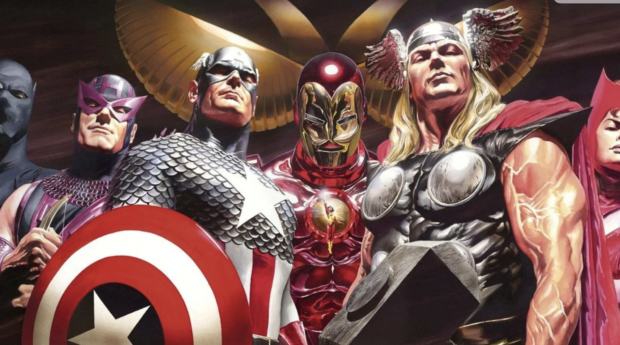 I still remember as a teenager when, by chance, I purchased “Ruins,” which became one of the most legendary issues from Marvel Comics in the 90s. It wasn’t your typical pencil and ink artwork. Still, it was full of paintings by Alex Ross. A name that would be important decades later, especially now that many of the comic books from the 1960s to the 1990s are being turned into hardcover compilations, or what is now known as an “omnibus.”

“Ruins” would be the second issue of four issues that was an experimental storyline dubbed as “Marvels” by Marvel Comics because, first, the stories that would happen here are in a post-apocalyptic world where virtually all the Marvel superheroes and even villains are dead or have been exploited by evil people. Either way, it paints a pretty depressing and harrowing futuristic picture of what would happen to the world if they were gone.

Decades later, I realized what a wonderful time it was to be a comic book reader and collector in the 1990s because of the wealth of material many of these hardcover compilations or omnibuses contained. Because you could only get these things at your local comic shop and not in a bookstore before, I think this is a sign that the comic books we used to buy and collect have become more valuable and are now liked by people who don’t read comics and are now considered literature.

Every time I see now the hardcover or omnibus version of the issues I used to buy in a comic book store as a teenager, it brings a smile to my face, especially when I can observe people younger than me who were not yet alive or old enough to have first seen these issues now available in their two forms; it makes me even happier because that experience I had can be felt by them as well. Also, almost all the reissued Marvel Comics Book compilations are drawn by the greatest comic book artists and written by equally great writers. It is everything. I would strongly advise anyone to purchase the Marvels omnibus in your nearest bookstore if it is still available. Although you should note that this is the heaviest and largest omnibus I have ever seen.

What a great joy to look at the magnificent paintings, which resemble murals, by Alex Ross as they are astonishing!

Batman: The Animated Series would be my top pick in that category if there were a very influential comic book-based cartoon that came out of the 90s. And, of course, there was X-Men: The Animated Series, which had debuted on FOX around the same time as BTAS. But the Batman animated series had a few things that set it apart from the X-Men animated series and, in fact, any other cartoon. 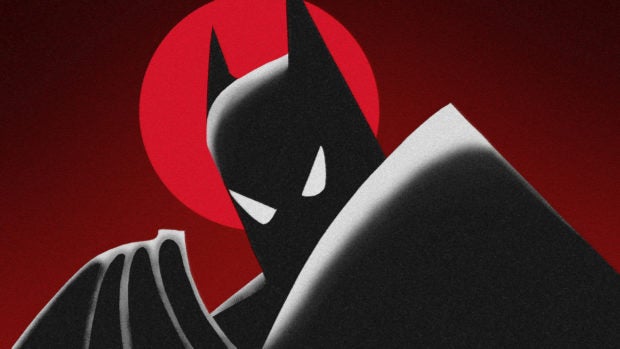 It was the brilliant animation style, incredible voice acting (Kevin Conroy as Batman and Bruce Wayne and Mark Hamill as The Joker), and the introduction to most of my generation’s previously unknown or lesser-known villains from Batman lore, such as Clayface, Poison Ivy, Killer Croc, Baby Doll, Ra’s al Ghul, The Mad Hatter, Man-Bat, Mr. Freeze, Two-Face, Riddler, and, of course, Harley Quinn, a villain created specifically for the series. A popular animated onscreen character that would later cross over into DC Comics, other cartoons, and movies. That is a prime example of how groundbreaking and influential Batman: The Animated Series was and will forever be.

Although the animated series only lasted three seasons, it left behind a legacy of quality and repeatable episodes. Until this day, I watch select episodes, especially those that jog up memories of me as a kid glued to the television, probably a lot closer than I should be, and paying close attention to a one-of-a-kind series that was made not only for children but for adults. Now, that is another point worth exploring because they did not market strictly BTAS they did not market strictly BTAS for children but appealed to even much older people and anyone who loved the Batman comics. It drew everyone into the series and expanded the Batman canon.

The sudden passing of the great voice actor Kevin Conroy, who voiced Batman and Bruce Wayne in Batman: The Animated Series, was the most painful for my generation of kids and teens who grew up in the 90s to lose in popular culture. Again, it goes back to how he was the perfect person to voice Batman, and until this day, we all hear his voice in our heads when we read any Batman comics. Proof that even though he is no longer with us, his memory, impact, and presence lives on in our hearts and minds. As adults now, it was so essential that BTAS exposed us to a masterpiece of an animated series because it elevated our tastes in what we watched from that point on. Indeed, that is how historically valuable BTAS has become, and for those who have not gotten to watch it, What are you waiting for?